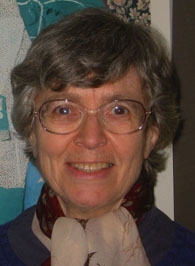 Sarah Fuller is one of the founding members of Stony Brook's department of music, and has served as chair and as director of graduate studies. Her doctoral dissertation was on Aquitanian polyphony of the twelfth century, a repertory created just prior to the well-known Parisian polyphony associated with the Gothic Cathedral of Notre Dame. Her recent work includes studies in medieval and renaissance music theory and in the music of Guillaume de Machaut. Recently she has taught seminars on analysis of early music, on current research in music of the fourteenth century, on the music of Guillaume Machaut and of Igor Stravinsky. Her research has appeared in Acta Musicologica, Early Music History, the Journal of the American Musicological Society, Journal of Musicology, Musica Disciplina, and other journals. Her annotated anthology The European Musical Heritage: 800-1750 is used in music history courses across the country. She is a member of the American Musicological Society, the College Music Society, and the Society for Music Theory. She received the Stony Brook President's Award for Excellence in Teaching in 1984 and has been a member of the Stony Brook Academy of Scholar Teachers.