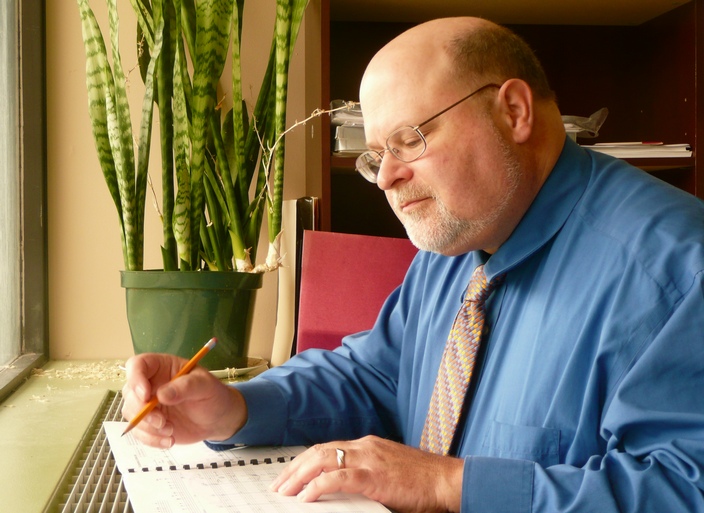 Composer/conductor Daniel Weymouth writes for a wide array of ensembles, from standard orchestra to computer-interactive instruments. He has studied and worked at several of the world's leading computer-music facilities, including Stanford's CCRMA, Pierre Boulez's IRCAM and Iannis Xenakis' CEMAMu (both in Paris). His compositions have been performed throughout Europe, Canada and the United States and appear on the SEAMUS and New World Record labels as well as MIT Press (sound and programming excerpted on CD-ROM). Commissions have come from numerous ensembles and individual performers; grants from Meet the Composer and ASCAP. Weymouth is a current member of the Stony Brook Academy of Scholar Teachers. A ten-year stint as an itinerant musician in popular genres may have something to do with his fascination with gadgets, as well as the kinetic and compact nature of much of his music, both acoustic and electronic. At Stony Brook, he has been Graduate Director, Chair and Director of Computer Music; he is now Director of cDACT, an interdepartmental consortium generating cross-disciplinary research, art, scholarship and curriculum.