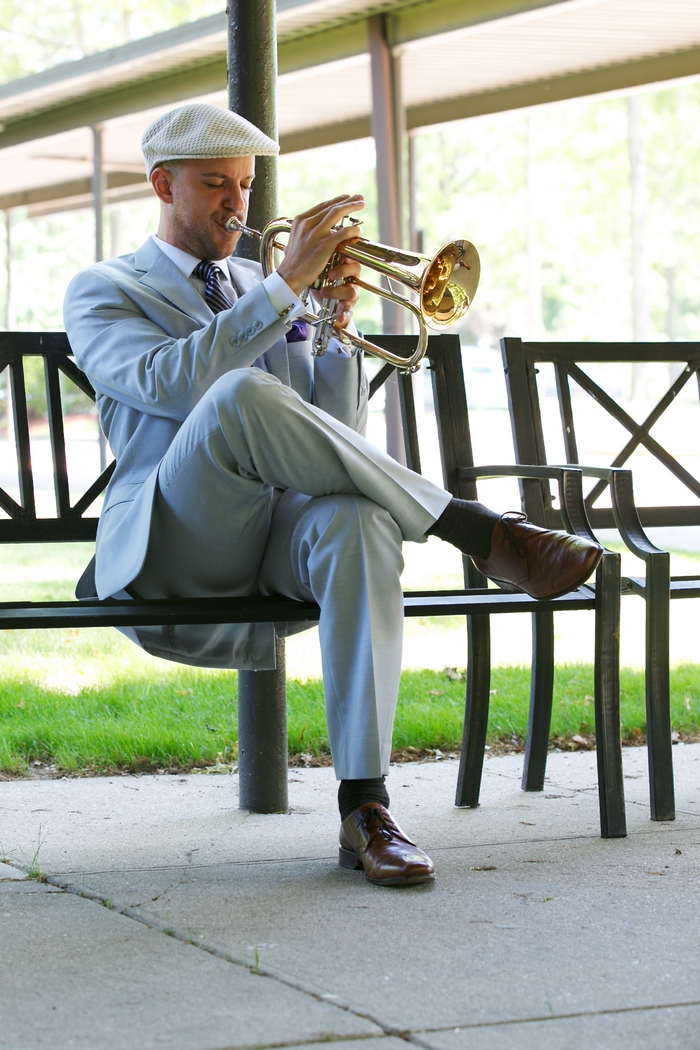 Jazz historian, music educator and trumpet player Dr. Thomas Manuel received his formal music training from Boston University and completed his DMA in Jazz Performance at Stony Brook University. His mentors included Warren Vache and Ray Anderson. As the recent recipient of an endowed Artist in Residence chair within the Jazz department at Stony Brook University, Manuel also holds a faculty position with the Stony Brook University Young Artist Program directing their jazz program in residence at the Jazz Loft. In addition to this he serves as a trustee to the Frank Melville Memorial Foundation.

Manuel has been cited for his accomplishments by The New York Times, Downbeat Magazine, Newsday, Jazz Inside Magazine, Jazz Ed Magazine and has been featured with his Big Band ensemble on radio, television, as well as several CD albums. Most recently Manuel established amusic program for under privileged students in Port Au Prince Haiti and he was also honored as theguest speaker for the graduation ceremony for the Greater Vision Christian School in New Kru Town, just outside the capital city of Monrovia in Liberia, Africa. During his time there he established amusic program for the school and was fortunate to direct the students in their first concert. Manuel dedicates his professional efforts to both the preservation of Long Island’s jazz history aswell as presenting it to future generations. He has taught in the public school system for over adecade, on the collegiate level, and served for many years as a member of the Suffolk County MusicEducators Association (SCMEA) Executive Board. In May 2016 Manuel officially opened The JazzLoft in Stony Brook, NY. As its founder, curator and artistic director Manuel takes pride in thisinnovative and creative space which joins jazz performance, jazz preservation and jazz education in celebration of the past, present, and future. Manuel has received several honors for his dedication to the American born art form of Jazz including Stony Brook Universities 40 Under 40 Award, threeSuffolk Country Proclamations and the 2016 Person of the Year in Brookhaven award from theTimes Beacon Record. His most recent endeavor included an educational outreach to Havana, Cuba, collaborating with several top jazz artists, professors, producers and an independent film maker.