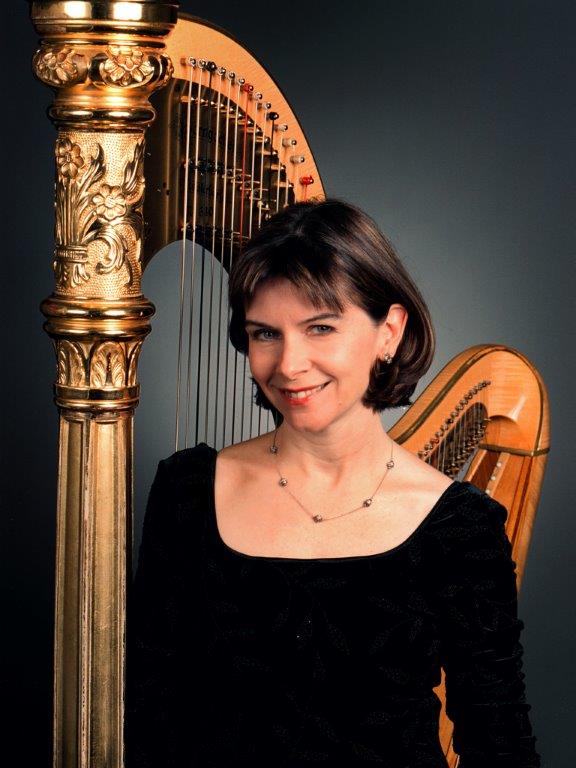 Hailed by the New York Times as "a major artist" following her recital debut in 1975, Nancy Allen has enjoyed a career spanning four decades, recording and performing recitals and chamber music while maintaining her positions as The New York Philharmonic's principal harpist and head of the harp department at The Juilliard School.  A frequent guest of international summer music festivals, Miss Allen has been an artist/faculty member of the Aspen Music a festival for over 40 years.

Highlights of her performing career have included a solo recital at "Music at the Supreme Court"
a performance with soprano Kathleen Battle at the White House for Pope Benedict XVI, in duo recital with guitarist Manuel Barrueco and with "Les Amies," a trio in with NY Philharmonic principal violist Cynthia Phelps and flutist Carol Wincenc.  In addition, she was a Pro Musicis Artist for many years, performing recitals in concert halls, prisons, and hospitals, and was a recipient of a National Endowment for the Arts Solo Recitalist Award.

She has been soloist with the New York Philharmonic under the direction of Alan Gilbert, Lorin Maazel, and Colin Davis, and will appear in the 2015-16 season in Tan Dun's Concerto for harp and orchestra.  Her recording of Ravel's Introduction and Allegro with the Tokyo Quartet won a Grammy Nomination in 1983 and she won first prize in Israel's Fifth International Harp Contest in Jerusalem in 1973.

Miss Allen is a native of New York, where she studied the harp, oboe, and piano.  She was a student of Pearl Chertok, Marcel Grandjany, Susann McDonald, and Lily Laskine, receiving a Master of Music Degree at The Juilliard School. She has taught for over three decades and her students hold positions as soloists and in prominent orchestras around the world.