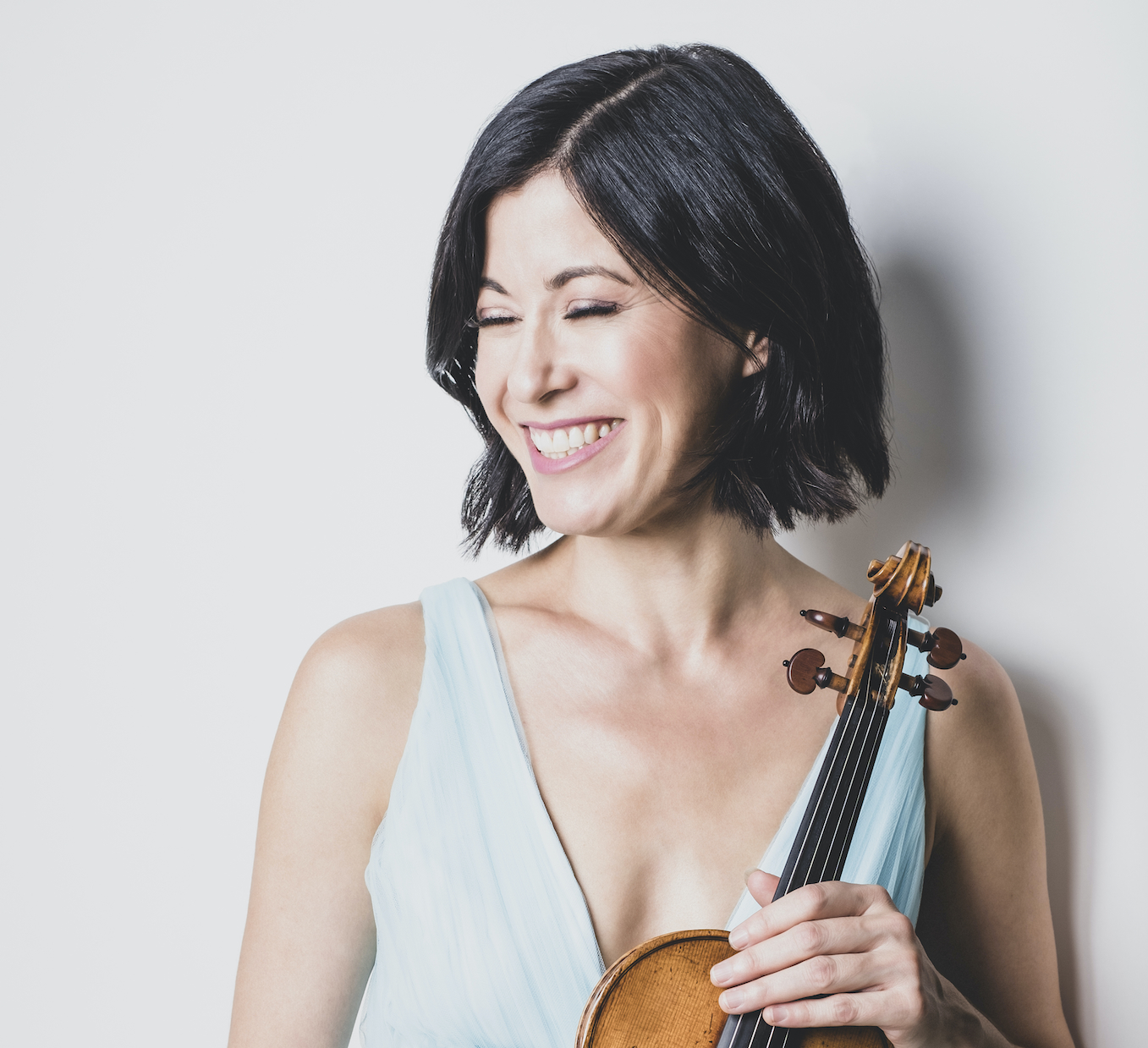 Two-time GRAMMY nominee and Avery Fisher career grant recipient Jennifer Frautschi has garnered worldwide acclaim as a deeply expressive and musically adventurous violinist with impeccable technique and a wide-ranging repertoire.  Equally at home in contemporary and classic repertoire, her recent seasons have featured innumerable performances and recordings of works ranging from Robert Schumann and Lili Boulanger to Barbara White and Arnold Schoenberg.  She has also had the privilege of premiering several new works composed for her by prominent composers of today.  Critics have described her performances as ‘electrifying,’ ‘riveting’ and ‘mesmerizing’ and lauded her ‘staggering energy and finesse’ and ‘fierce expression.’ After a recent performance of the Brahms Violin Concerto, Cleveland Classical wrote:  ’We witnessed the most magnificent performance by a guest soloist in recent memory.  From the outset of the Brahms Concerto, she was a stunning presence, her playing a breathtaking conflation of grace and grit, and at times downright ferocious.’

Ms. Frautschi has appeared as soloist with Pierre Boulez and the Los Angeles Philharmonic, Christoph Eschenbach and the Chicago Symphony Orchestra at the Ravinia Festival, and at Wigmore Hall and Lincoln Center's Mostly Mozart Festival. Highlights of recent seasons include performances with the Cincinnati Symphony Orchestra, the Minnesota Orchestra, St. Paul Chamber Orchestra, Boston and Buffalo Philharmonics, and Orchestra of the Teatro di San Carlo Opera House; the Jacksonville, Milwaukee, New Jersey, Tucson, and Utah Symphonies and the Florida Orchestra, as well as return engagements with the Rhode Island Philharmonic and the Alabama, Arkansas, Belo Horizonte (Brazil), Portland, and Phoenix Symphonies.

Her extensive discography includes several discs for Naxos: the Stravinsky Violin Concerto with the Philharmonia Orchestra of London, conducted by the legendary Robert Craft, and two GRAMMY-nominated recordings with the Fred Sherry Quartet, of Schoenberg’s Concerto for String Quartet and Orchestra [nominated for ‘Best Instrumental Soloist Performance (with Orchestra)’ in 2006] and the Schoenberg Third String Quartet [nominated for ‘Best Chamber Music Performance’ in 2011]. Her most recent releases are with pianist John Blacklow on Albany Records: the first devoted to the three sonatas of Robert Schumann, including the rarely performed posthumous sonata; the second, American Duos, an exploration of recent additions to the violin and piano repertoire by contemporary American composers Barbara White, Steven Mackey, Elena Ruehr, Dan Coleman, and Stephen Hartke. She also recorded three widely praised CDs for Artek: an orchestral recording of the Prokofiev concerti with Gerard Schwarz and the Seattle Symphony; the violin music of Ravel and Stravinsky; and 20th-century works for solo violin. Other recent recordings include a disc of Romantic Horn Trios, with hornist Eric Ruske and pianist Stephen Prutsman, and the Stravinsky Duo Concertant with pianist Jeremy Denk.  She has also been featured on recordings of chamber works by Barbara White and Charles Wuorinen.

Born in Pasadena, California, Ms. Frautschi began the violin at age three with the Suzuki Method.  From ages 12 to 18 she studied with Robert Lipsett at the Colburn School for the Performing Arts and the University of Southern California (USC) School of Music in Los Angeles. As a teenager she also studied clarinet with noted educator and youth orchestra composer Richard Meyer so that she could perform in her junior high school marching band, and taught herself to play the viola so that she could play the middle voice in string quartets.  She went on to attend Harvard and the New England Conservatory of Music (NEC), and finished her studies with Robert Mann at The Juilliard School.  She performs on a glorious 1722 Antonio Stradivarius violin known as the “ex-Cadiz,” on generous loan to her from a private American foundation with support from Rare Violins In Consortium.