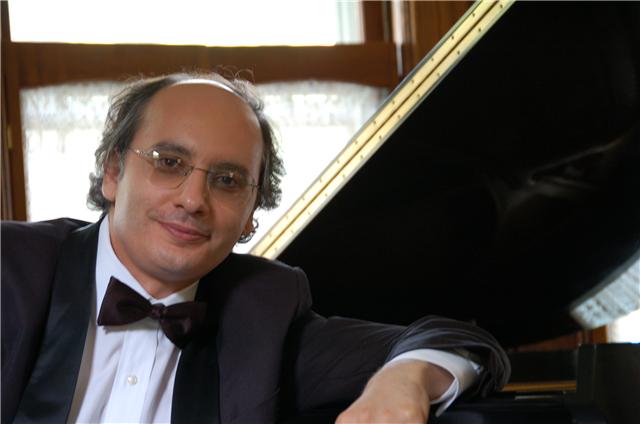 He resides in New York City and came to the United States as a two year Fulbright Scholar from Argentina in 1998. Prior to his arrival to the US he had concertized with his country’s main orchestras, including the National Symphony and won first prize in several national piano competitions. Through his extensive collaboration with Argentinean composers, he has been invited to perform and record their music, including participation in the "Argentinean Music Anthology," published by the Argentinean National Endowment for the Arts and received the coveted annual prize by the Argentinean Society of Composers and Authors given to a single performer that is dedicated to the dissemination of Argentinean art music.

He collaborated with late composer and multiple Grammy Award winner Claudia Montero in performing her music, as well as with Sheila Silver, Irma Urteaga, Roberto García Morillo, Angel Lasala, among others.

He is a founder member of “Sonus” Guastavino, a collective of international performers dedicated to the promotion of this composer’s music and participated in the first international Sonus Guastavino Music Festival held online in 2020.

He is a the pianist with the New York Chamber Musicians, an innovative chamber music series created in 2012 and directed by violinist Joanna Kaczorowska. He is a pianist for RAM (Random Access Music) a high caliber New York musician and composer’s ensemble dedicated to delivering exciting performances of works by composers of the 20th and 21st centuries including music by living American Composers. He is also part of the TransAtlantic Piano Duo with German pianist Evelyn Ulex.

He was recently elected Vice President of the Associated Music Teachers League (AMTL)
a music organization founded in New York City in 1925. The membership consists of professional musicians, music teachers, university and conservatory faculty and students, and performing artists.

He has adjudicate for the regional piano and duo piano competitions of the Music Teachers National Association ( MTNA) and the US and International Piano division of the New York Performer’s Prize (NYPP) advanced and college categories.

He is a member of the American Liszt Society and the Suffolk Piano Teachers Foundation for which he has presented lecture demonstrations.

He is also the Music Director and Organist at the First Presbyterian Church of Smithtown (NY).