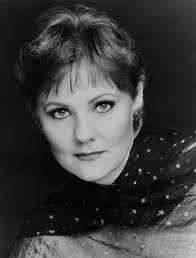 For over three decades, soprano Brenda Harris has sustained an international opera and concert career.  She has appeared regularly in leading roles with many of the world’s most prominent opera companies and orchestras including The Metropolitan Opera, San Francisco Opera, Washington National Opera at the Kennedy Center, Teatro Massimo in Palermo, Italy, Opera du Rhin in Strasbourg, Spoleto, Italy, New York City Opera, Minnesota Opera, Michigan Opera Theatre, and the Canadian Opera Company as well as many others.

Miss Harris recently returned (Fall 2018) from Wexford Festival Opera in Ireland where she sang in the European premiere of William Bolcom’s Dinner At Eight.  While there, she directed Fanciulla del West in the company’s Short Works program.  She also sang the world premiere of Mr. Bolcom’s opera in 2016 at Minnesota Opera.

A highlight of her 2014 - 2015 season was her performance with the Minnesota Opera as Eleanor in the World Premiere of The Manchurian Candidate, a role which she reprised during the 2015 - 2016 season with Austin Lyric Opera.  The Star Tribune wrote of her portrayal ““Brenda Harris, adding another powerful portrayal for this company (and resembling Angela Lansbury, who played the film role), turns Eleanor into a towering inferno of self-righteousness and determination.”

Additional engagements during the season included Kostelnička in Jenůfa with Des Moines Metro Opera where she was praised for being “the brightest star in this well-assembled cast was the Kostelnička, Brenda Harris, whose voice had all the intensity and the gorgeous projection necessary to hold the audience's rapt attention, and whose inhabiting of this magnificent character, with all its pride and warped venality, proved unforgettable.” (The Des Moines Register)  Also in that season, she joined Opera Carolina as Abigaile in Nabucco.

Her Elektra with Des Moines Metro Opera received rave reviews including from Opera News which wrote she “delivered a stunning account of the vengeful Greek princess, distinguished by scrupulous observation of the score, including the marked pianissimos that are so rarely heard....Harris’s formidable achievement would easily transfer to a larger house, where she would sing the role more completely than most of her current competition.”  Opera Today wrote of that same performance “I know of no one singing Elektra today that is performing it this well. Ms. Harris has a full-bodied soprano that 'speaks' in all registers and at all volume levels. The top has a laser-beam intensity and pinpoint accuracy that rides the orchestra without strain. Her tossed off comments and bitchy asides were equally present. And owing to her solid technique, Brenda sounds as fresh at the end of the night's challenges as she was at the start. Today's 'Elektra of Choice' has arrived.”

During the 2012 - 13 season the soprano joined the Minnesota Opera as Abigaille in Nabucco, the Sarasota Opera as the title role in Turandot, Leonore in Fidelio with Utah Opera, the Washington Concert Opera as Elisabetta in Maria Stuarda, whom she joined the previous season for Odabella in Verdi’s Attila.  The season was of particular significance to the soprano, as it highlighted her debut of a major work for soprano and orchestra entitled Should This Be Found by noted composer, and fellow Stony Brook faculty member, Perry Goldstein, based on the discovered diary of Antarctic explorer Robert Falcon Scott.

In Europe, Ms. Harris has appeared in Spoleto, Italy as Eva in Die Meistersinger, with Opera du Rhin in Strasbourg as both Vitellia in La Clemenza di Tito and as the title role of Barber's Vanessa, The Buxton Festival as the title role in Donizetti’s Maria Padilla, Carlotta Vance in Dinner At Eight at Wexford Festival Opera, Ireland.

Brenda Harris has recorded leading roles for Newport Classic, including Scarlatti's Ishmael, Handel's Deidamia and Haydn's La Cantarina and The Creation, and on the Box label, Handel's Tolomeo.  Naxos released a recording of Shining Brow in the fall of 2008.