About
The Stony Brook Symphony Orchestra has an illustrious history. David Lawton founded and administered the orchestra in 1969 and served as its Executive Director for almost 50 years. He led the orchestra for many years and shared the conducting responsibilities with Arthur Weisberg. Bradley Lubman led the orchestra for several years before Gustav Meier took over as permanent guest conductor Gustav Meier. Their work with the orchestra raised the standards of orchestral performance at Stony Brook significantly, and helped to develop large and enthusiastic audiences for the orchestra’s performances on the Main Stage of the Staller Center. Since Maestro Meier’s departure, the Music Department has engaged prominent guest conductors as well as members of its own faculty to conduct the concerts. Recent guest conductors have included Michelle Merrill, Michael Morgan, Jens Bachmann, Angel Gil-Ordoñez, Glen Cortese, Andrew Grams, George Manahan, Rossen Milanov, Jeffrey Milarsky, and faculty members Alan Kay, David Lawton, Eduardo Leandro, Timothy Long, and Paul Watkins. Recent seasons have also featured an Orpheus-style concert programmed and led by the students with the assistance of faculty members Jennifer Frautschi, Alan Kay, Soovin Kim, Frank Morelli, and Philip Setzer. The students attend rehearsals of the Orpheus Chamber Orchestra, whose members coach the students in preparation for the conductorless concert.

The season consists of five orchestral concerts per year, plus an opera in the spring. 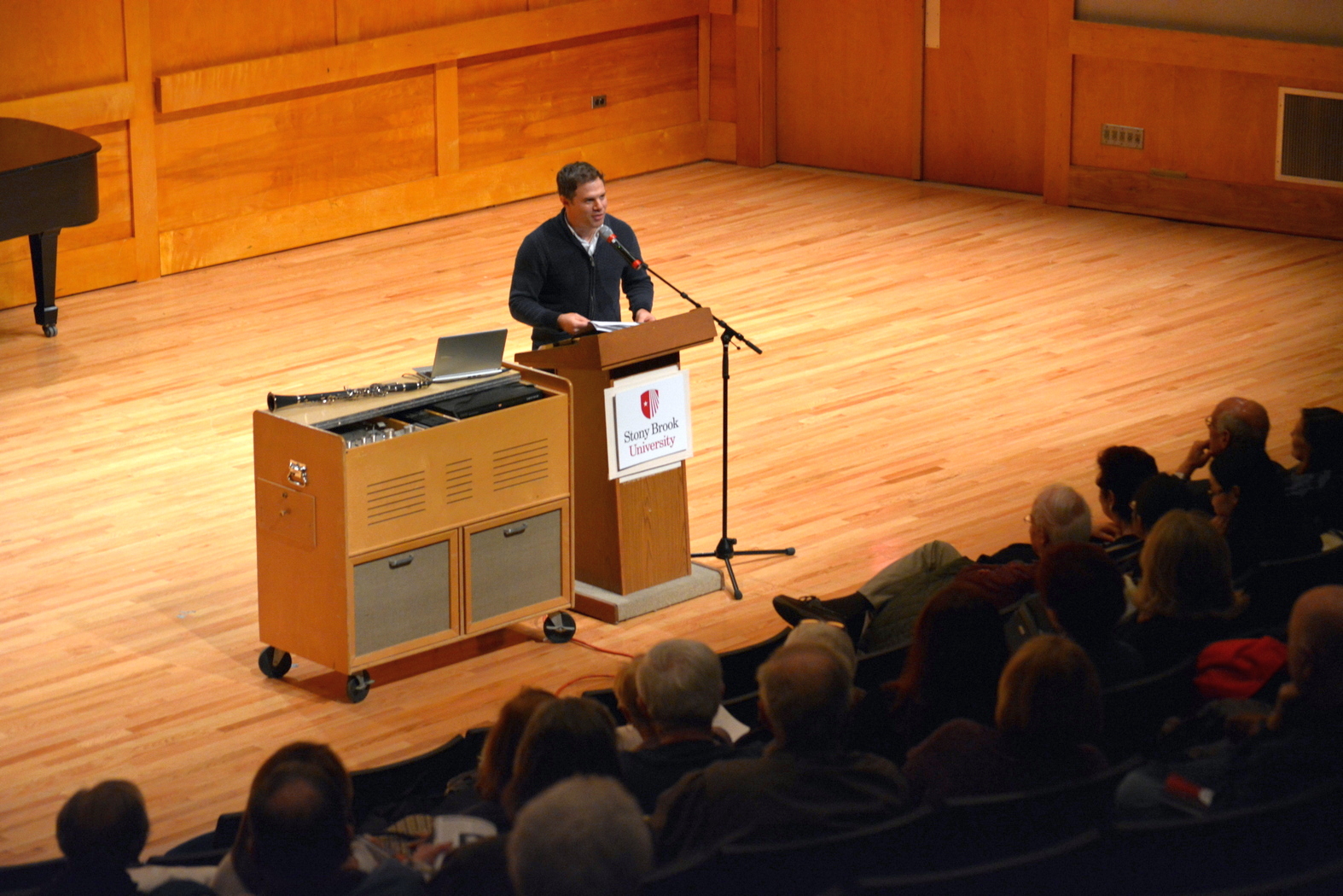 The Music Department holds a Concerto Competition annually for MM and DMA performance students. The winners of the competition (usually four in number) then perform with the orchestra the following season. The Stony Brook Symphony Orchestra also offers two reading and recording seasons every year for student composers, and the orchestra has performed works by Stony Brook faculty and student composers. The SBSO embraces music of all periods.

Informative, free lectures by Michael Hershkowitz precede the concerts at 7:00 PM in the Recital Hall.

Tickets for all performances are $20 for adults, $10 for students with ID and $10 for seniors 65 and older.  Tickets may be purchased from the Staller Center box office Monday through Saturday, 12pm and 6pm.