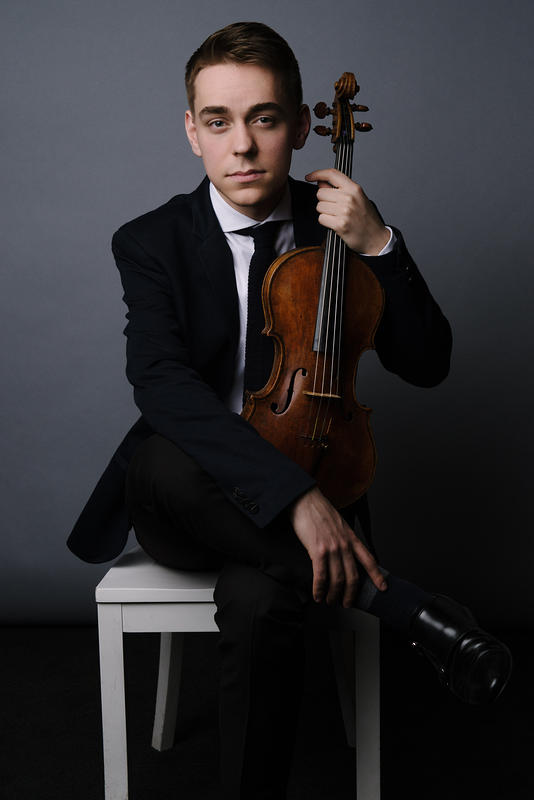 The recipient of a prestigious 2015 Avery Fisher Career Grant, 25-year-old American violist Matthew Lipman has been hailed by the New York Times for his "rich tone and elegant phrasing" and by the Chicago Tribune for his "splendid technique and musical sensitivity.” In demand as a soloist, he has recently performed concertos with the Minnesota, Illinois Philharmonic, Grand Rapids Symphony, Wisconsin Chamber, Juilliard, Ars Viva Symphony, Montgomery Symphony, Innsbrook and Eggenfelden Festival orchestras and recitals at the WQXR Greene Space in New York City and the Phillips Collection in Washington, DC. Highlights this season include a debut solo album on Cedille Records, which will include his own transcription of Waxman’s Carmen Fantasy and a world premiere by Brazilian composer Clarice Assad, and several performances of the Telemann Viola Concerto in Alice Tully Hall. The Telegraph praised Mr. Lipman as “gifted with poise and a warmth of timbre” on his Avie recording of Mozart’s Sinfonia Concertante with violinist Rachel Barton Pine and the Academy of St Martin in the  Fields with Sir Neville Marriner, which reached No. 2 on the Billboard classical charts. He was the only violist featured on WFMT Chicago’s list of "30 Under 30" top classical musicians and has been profiled by The Strad and BBC Music magazines. Mr. Lipman performs internationally as a chamber musician with the Chamber Music Society of Lincoln Center as a member of CMS Two, at the Music@Menlo, Marlboro, Bad Kissingen, Malaga, and Ravinia Festivals, and regularly with distinguished artists like Itzhak Perlman, Mitsuko Uchida, and Pinchas Zukerman. A top prizewinner of the Primrose, Tertis, Washington, Johansen, and Stulberg International Viola Competitions, he received his bachelor's and master's degrees as an inaugural Kovner fellow from The Juilliard School, where he continues to serve as teaching assistant to Heidi Castleman, and is currently mentored by Tabea Zimmermann in Kronberg, Germany. A native of Chicago, Mr. Lipman performs on a fine 1700 Matteo Goffriller viola loaned through the generous efforts of the RBP Foundation and an 1845 Dominque Peccatte viola bow.