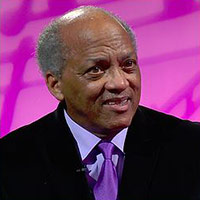 Randall is an M.A. student in Music History and Theory. He holds graduate degrees in music and media, and considers himself a “late bloomer.”  He studied at the San Francisco Symphony Orchestra, San Francisco Opera and Ballet, is an orchestral and choral conductor, was chosen by Duke Ellington to serve as Ellington’s Composing and Conducting Assistant, and wrote music for the Jackson Five and other Motown artists. A former leader in the field of sacred music, he is also a published Mahler scholar and Founder / Co-Executive Producer of the American Music Educational Television Project.