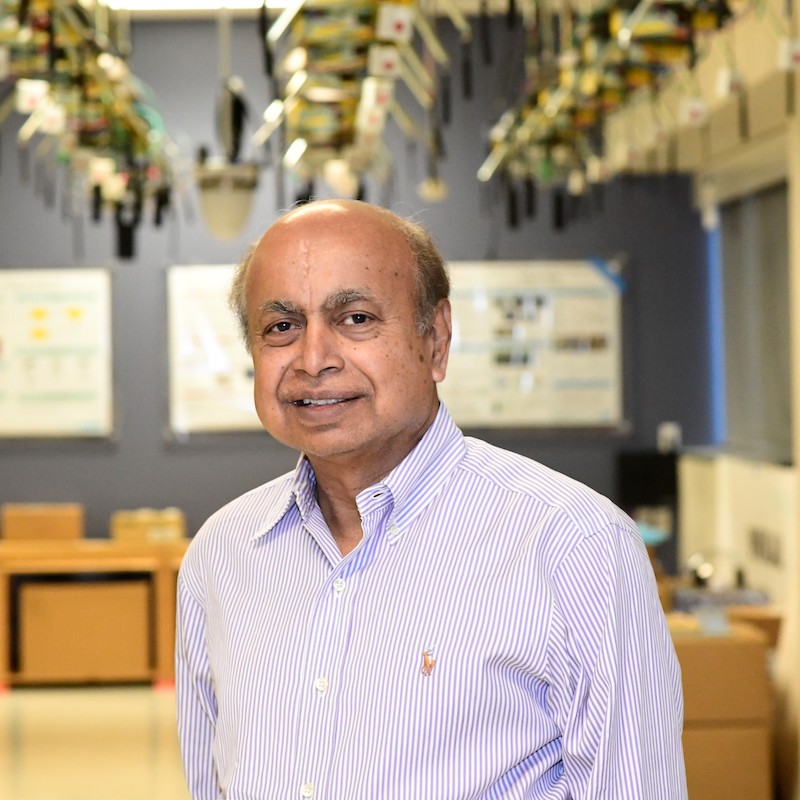 A PhD degree prepares one for technical leadership in industrial R&D and in academia. Dipankar Raychaudhuri (“Ray”), a 1979 PhD graduate, embodies this very well with a varied career working in both the industrial and the academic worlds. He is presently a Distinguished Professor and Director of the WINLAB (Wireless Information Network Laboratory) at Rutgers University.

Ray got a start when his PhD advisor, the late and highly regarded Professor Steven Rappaport referred him to an open position at RCA Laboratories, one of the leading communications and consumer electronics laboratories in the U.S. at the time. Here Ray worked on satellite communications and later on digital television through the 1980’s. In 1993 he accepted an offer to start a new network research lab for NEC Corporation which gave him a unique opportunity to learn and contribute to advanced networking technologies just as the global Internet started to emerge. Ray’s most memorable job experience at NEC was leading a team that developed the world’s first 5GHZ/25Mbps broadband wireless local area network (called “WATMNet”) and successfully conducting field trials in Sweden from 1997 to 1998.

As a Professor at Rutgers University, the State University of New Jersey, Ray directs the WINLAB research center and teaches networking. This position has involved new challenges in building an externally funded world-class research program and growing the center to its present size of about 20 faculty/staff and 50 graduate students. Under Ray’s leadership, WINLAB has served as the host institution for several large National Science Foundation projects including one on clean-slate designs for the future Internet, and another aimed at development and community release of the ORBIT open access radio grid testbed at Rutgers.

Ray came to Stony Brook at a time when Computer Science as a discipline was in its infancy. He found it very exciting to be taking courses on emerging topics such as operating systems and compiler design. He remembers the professors (such as Prof. Arthur Bernstein) who taught these courses as being excellent and inspiring instructors. He also well remembers the Computing Center at Stony Brook with the old Univac machines where he spent long hours working on various projects.

Social life at Stony Brook was also memorable as it provided exposure to the liberal university culture and politics of the 1970’s, helping an international student like him engage and assimilate into U.S. society as a whole.

Ray says his PhD advisor, Steven Rappaport, was instrumental in encouraging and motivating him to do a PhD in communications/networking. Working with Professor Rappaport exposed Ray to valuable research skills such as statistical analysis, simulation and writing research papers. Professor Rappaport later became a close family friend and lifelong professional mentor.

Professor Raychaudhuri would tell current students that graduate study in the EE/CE/CS disciplines can make for an interesting and rewarding career. “Focus on fundamentals and try to be innovative and original in all of your work. Set ambitious technology goals for your work and think about the broader impact on society.” On all this he speaks from successful experience.