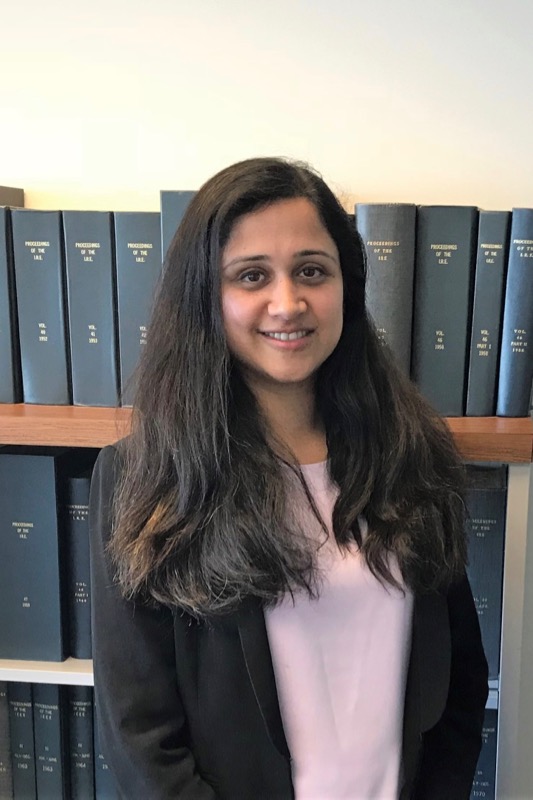 Many consider the New York metropolitan region the publishing capital of the United States, if not the world. Therefore it is natural Stony Brook alumni work in publishing, even engineering graduates such as Vaishali Damle (MSEE 2003). She is now Managing Editor of both the Proceedings of the IEEE, the leading IEEE general-interest journal that surveys electronics, electrical and computer engineering and computer science, and also IEEE Press, the book arm of IEEE. But how she accomplished this is an interesting story.

When Vaishali graduated in 2003 the job market wasn’t great, but she was open to new opportunities. As she puts it, she “stumbled” into STM (Science, Technology and Medical) publishing in joining a part of the Springer publishing group in Cambridge, Massachusetts. Springer, originally a German publisher, has a long pedigree in high level technical publishing. Within a year Vaishali was promoted to Associate Editor and in 2006 she became Editor of a Springer program in applied mathematics and moved to the New York office. The program consisted of both books and journals. By the time she left Springer to join IEEE in 2013 she was a Senior Editor handling 11 journals (4 of them open access and 5 of them in the field of optimization) and publishing 20-25 books a year. At IEEE, Vaishali started as managing editor of the Proceedings of the IEEE. In 2017 she also took over responsibility for IEEE Press (which operates in conjunction with the Wiley publishing house).

Vaishali’s engineering degree had a “huge impact” on her career. Many companies in STM publishing hire Editors who have higher degrees in the fields that they focus on. For instance, the Managing Editor position at IEEE requires a Master’s degree in electrical engineering or a related discipline. She finds publishing an excellent fit because she has been able to stay close to electrical engineering and work with the most distinguished researchers in the discipline she is passionate about, while also being able to leverage her other skills such as building strong relationships, communicating effectively, developing new product strategies and, exploring new business models.

Vaishali grew up in Pune, India where her father was a mechanical engineer. As she puts it, “When the time came to make a career choice, engineering seemed like a pragmatic one that could provide strong opportunities down the line”. She also says “I enjoyed my experience at Stony Brook very much. The university had a large group of international students at the time and this helped with my transition to a new country. I made some life-long friends at Stony Brook and we still meet often – they have become like family. Actually I also met my husband at Stony Brook University; we have been happily married for 12 years and have two lovely children”.

For current students Vaishali recommends that they focus on building their soft skills in addition to building a strong technical background – she feels that these are crucial for success in the workplace. “Volunteering can be a great way to expand your horizons and gain experience” she says. In fact, she is an active Toastmaster (an international public speaking club) member and Vice President for Public Relations at the IEEE chapter. She also volunteers in her childrens’ schools. Finally Vaishali is proud to serve as the Diversity and Inclusion Representative for the Publications group at IEEE.

Engineers play roles with distinction in many fields using their educational foundation in engineering. Vaishali Damle is a good example of this.