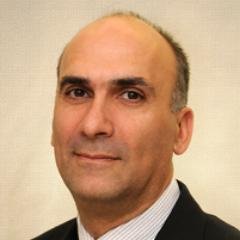 Upon graduating with an Electrical Engineering Bachelor’s Degree from Stony Brook University’s College of Engineering and Applied Sciences in May of 1980, Venancio “Venny” Fuentes anxiously ventured into industry as a System Engineer in Navigation Systems while simultaneously earning his Masters in Engineering Degree. After a few years, he chose to share his wealth of knowledge and experience in the field by taking a position at County College of Morris in Randolph, New Jersey. Here he served as a Professor, educating and enlightening young, driven minds. His passion for the subject matter led him to becoming the Department Chair of the Engineering Science and Engineering Technologies Department. He has served in both positions for the past 25 years.

The education he received in Electrical Engineering, and his student experiences at Stony Brook University enabled Venny, an immigrant from Cuba and his family from Queens, to achieve his goals. Furthermore, it also helped him secure a rewarding career that has provided a good life for his family.

During his time at Stony Brook University he had many favorite professors, but one stands out that he fondly remembers and enjoyed his class tremendously - John Truxal. Truxal was Dean of the College of Engineering and Applied Science in 1972 and returned to teaching in 1976. He was the recipient of the SUNY Distinguished Teaching Professor Award in 1977. Venny saw Professor Truxal as a mentor and influenced the path Venny chose to take.

Venny’s senior design project is one of many positive experiences he had at the University. The project involved working on the East Campus at the Cerebral Palsy Center. It was known to be a “gait trainer” for one of the children who attended the center. His group produced a working prototype that directly had an impact on a child’s physical therapy, helping to reinforce the exercises at home as the child learned at the center. For Venny, this was a revelation of how engineering had a direct impact on people’s lives and the world around us.

Venny’s decision to pursue a career in higher education and become a professor at County College of Morris after working in industry for several years, was a direct result of his practice in the field of engineering. His educational experiences at Stony Brook University, his industry background, and decision to become a professor has given Venny many rewards of his career, giving back to others and himself.