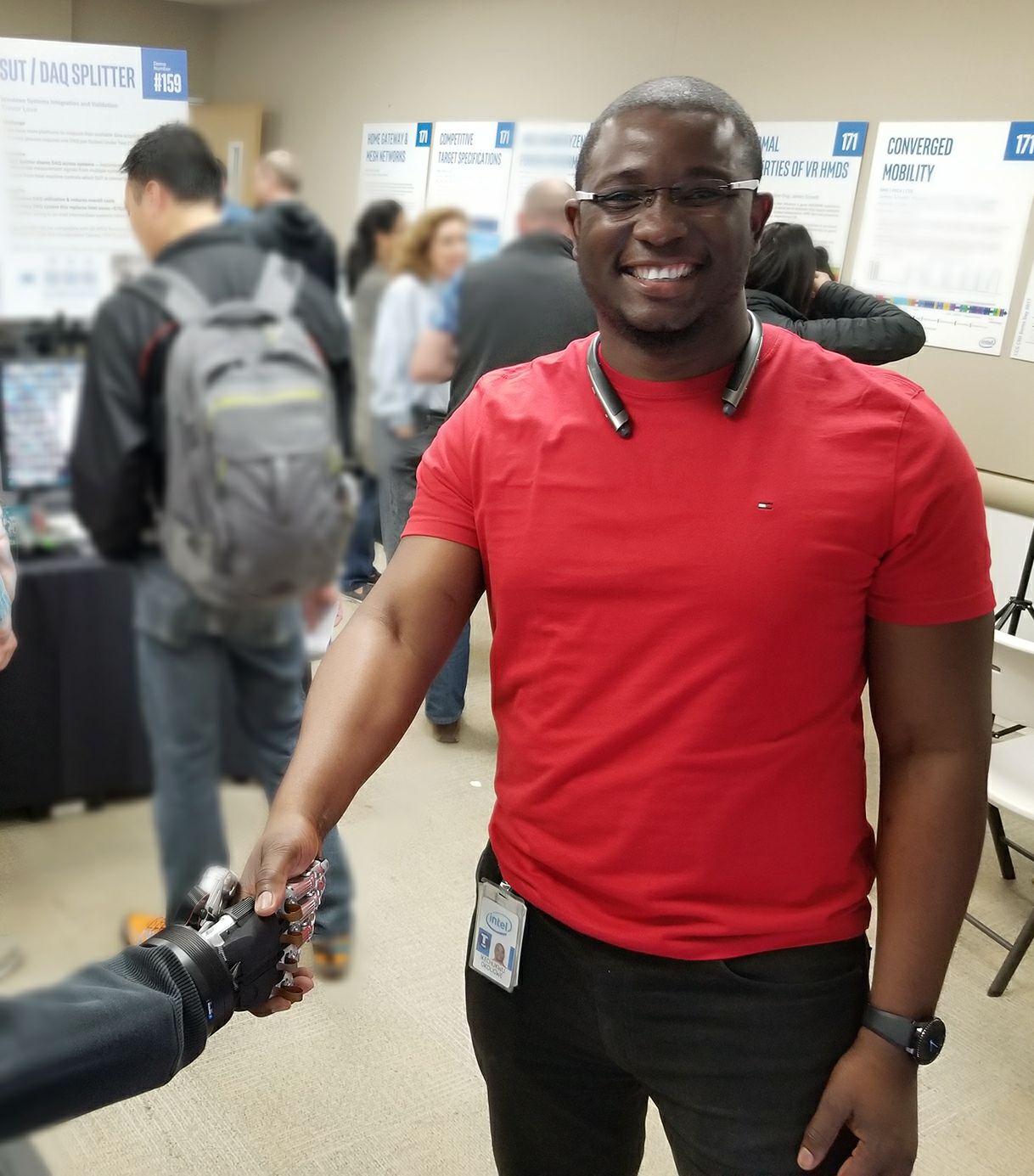 Ikechukwu (Aike) Okoligwe, a 2012 College of Engineering and Applied Sciences graduate says, “My education in computer engineering at Stony Brook University’s Electrical and Computer Engineering  Department has been pivotal in the contributions I make in my field of work, as well as the growth in my career. While I always knew I wanted to be part of the processor/computing industry, my education at Stony Brook made it a reality.”

Since graduating with a Master of Science degree in Electrical Engineering, Aike has been working at Intel Corporation in California.  Most recently, he has been involved in the research and development of three-dimensional, stacked integrated circuits for memories, an emerging technology with the potential to replace most of the existing 2D DRAM memory technologies. He has contributed to other state-of-the-art technologies, such as processor development for deep learning and artificial intelligence applications.  He has also worked on systems on chips for autonomous driving and mobile computing applications.

Aike says his experience at Stony Brook provided exposure to real-world applications through a strong connection with industry. He especially values the practical project demonstration sessions of several courses such as Professor Doboli’s embedded circuits, Professor  Dorojevets’ processor design, and Professor  Salman’s VLSI circuit design. According to Aike, these projects were the key for his current position at Intel.

At Stony Brook, he was inspired by Professor Dorojevets and Professor Salman as “very impactful and instrumental teachers. I have listened to recordings of their classes to get a better understanding of the concepts discussed, even years after leaving Stony Brook.”

He also acknowledges a fellow PhD student, Chris Ayala, with whom he attended classes. They encouraged each other to stick with tough courses.

In addition to actively contributing to Intel’s high tech projects in processor design, Aike also volunteers for EMS, first aid, fire, and CPR response. He enjoys playing billiards and is an avid photographer.