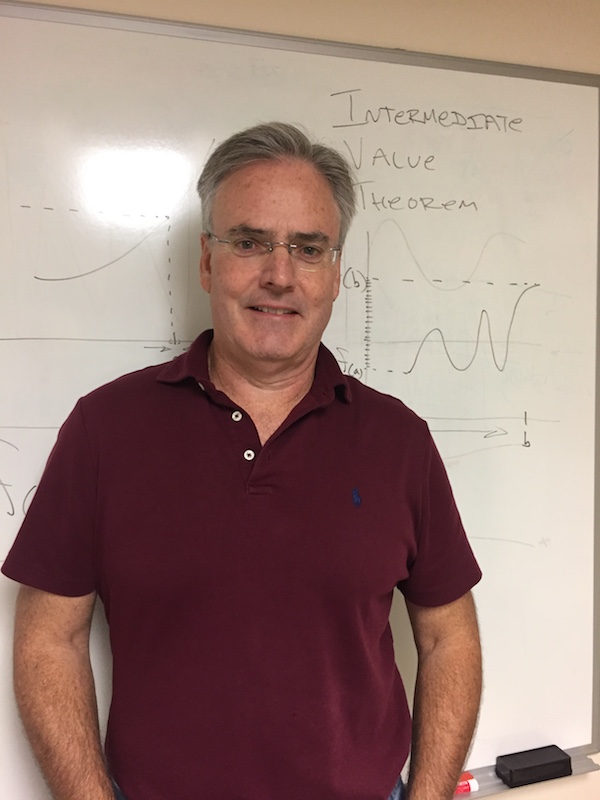 If you had the opportunity, would taking the time and effort to get a PhD degree be worth it? Dr. Douglas Johnston, an alumnus of the Department of Electrical and Computer Engineering  who has had a varied career in the defense and financial industries as well as academia, has reason to think so.

Doug earned a BS degree from Stony Brook’s Department of Computer Science. On his first job, he thought that “really cool problems” were going to the (electrical) engineers. One of them involved Kalman filtering, a statistical way of processing signals that was incorporated into the technology of the moon landing. Because of this interest he pursued an MS in Electrical Engineering. He particularly enjoyed the applied mathematics that was a part of the course work.

Doug was inspired by others who advised him of the lifetime of rewards and the doors that are opened with a PhD. More over his wife was pursuing a physical therapy degree at the time so studying became a part of their lifestyle.

Today, Doug is an applied mathematics professor in Farmingdale State College on Long Island and part of the SUNY system. Prior to that he was successful as a portfolio manager/trader and he was also a highly ranked fixed income research analyst (#1 ranked by Institutional Investor). Doug started his working career as a research scientist in the defense industry.

At Stony Brook’s ECE Dept. Doug remembers fondly administrative assistants Virginia Donahue and the late Maria Krause. His PhD advisor was Professor Petar Djuric, who has been a colleague and friend ever since. Doug says obtaining his BS degree, in spite of personal challenges, was an “amazing experience.” He describes the day he defended his thesis and obtained his PhD degree as thrilling. Returning to Stony Brook in 2008 to teach a graduate course was also a very rewarding experience that enabled him to see impressive improvements that had been made to the school.

Given his triple background in electrical engineering, computer science and applied mathematics, Doug fully supports a multi-disciplinary approach to education. He also feels that there is nothing like getting one’s hands dirty with a real application. For current students he says enjoy yourselves – it may not seem like it but these are one of the best times in life – when you can explore, study and think.

When not teaching or thinking math, Doug enjoys playing drums in a classic rock band and also playing tennis. He volunteers for the IEEE and MAA (Mathematical Association of America) at local events and is on the board of a number of non-profit organizations.

As for those doors that Doug was told a PhD would open, he says, “Having the PhD in electrical engineering definitely opened those doors.”