Even when he was very young Roger Alford was fascinated with how things work. He learned that engineers design things and make things work and he realized at an early age that he wanted to be one of them. Later he pursued a BSEE at the University of Michigan but that was cut short due to personal issues. He eventually started a career in electrical engineering but was not able to complete the degree due to scheduling conflicts between his full-time work and the campus course offerings. Eventually Roger enrolled in Stony Brook’s online BSEE program which allowed him to continue to work full time and receive his BSEE degree in 2015. 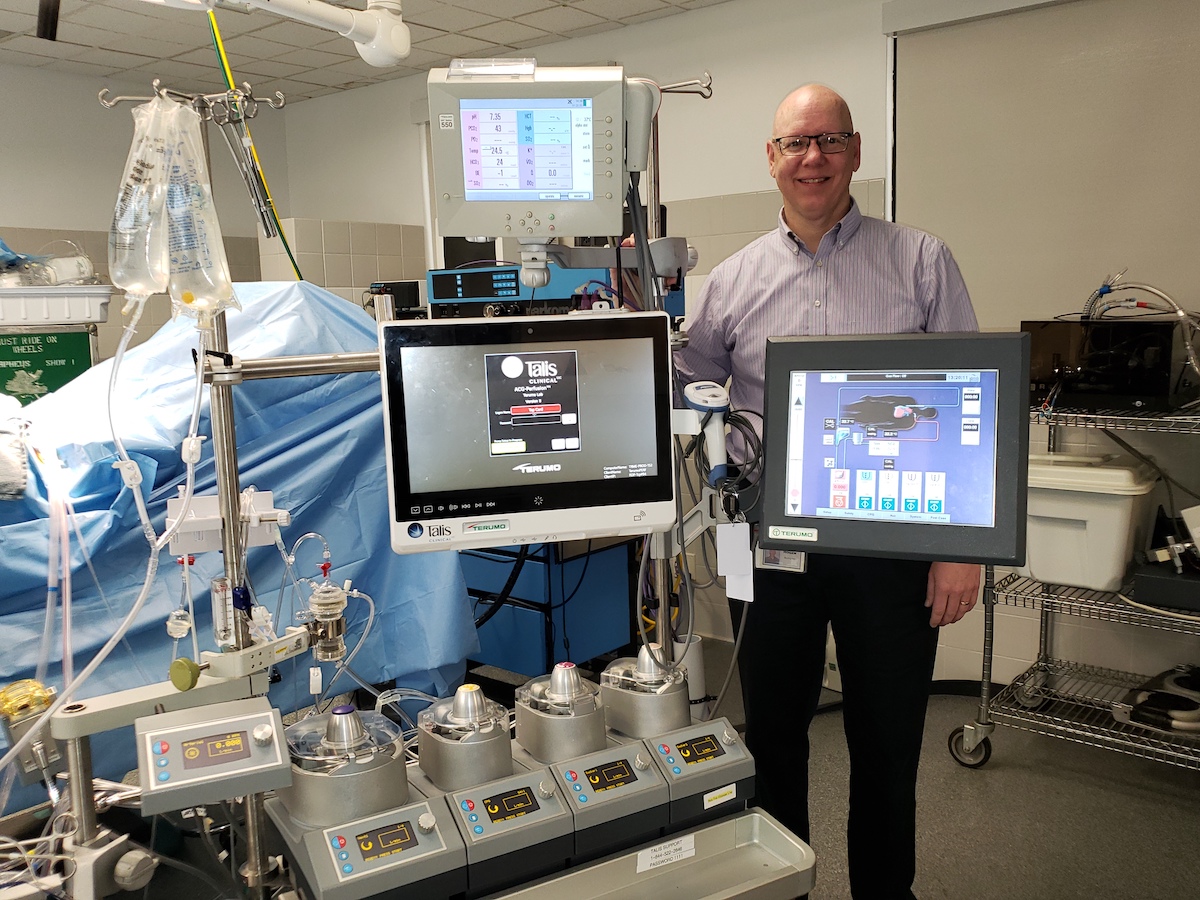 Roger works in medical device product development at Terumo Cardiovascular Group where he is a Principal Staff Scientist. He helps design products that keep patients alive during cardiovascular surgery and sustain more than 1000 lives a day worldwide. Many people are experiencing a longer life and greater quality of life because of the products he helps design.

Once in the Stony Brook online BSEE program Roger came to appreciate the many benefits of online study. The most obvious benefit is schedule flexibility. He was able to watch video lectures and study during evenings, weekends and lunch hours with minimal disruption to his work schedule. It is easy to pause a video lecture for note taking, to review portions of a lecture for clarification and to review entire lectures for exam prep, he says. He even made a color coded “lecture index” using Excel for each course that captures key topics covered in each lecture.

One concern Roger had about online education was the perceived inability to allow for live interaction between the professor and fellow students during the lecture or when studying. On the contrary, he found professors to be readily accessible and he was able to get to know and learn from fellow students via the discussion boards that were part of several of the courses.

Roger received a promotion at his workplace three years after graduating from Stony Brook’s online BSEE program and believes his Stony Brook degree was a prominent contributing factor. Roger has also completed 80% of another significant goal, completing a masters degree in electrical and computer engineering, this time through an online Purdue University program that has a concentration in automatic controls.

Roger recalls the Stony Brook course on electromagnetics to be notably challenging but it has rewarded him with engineering insights that have proven valuable many times. He loved the Stony Brook online lab courses that allowed him to “roll up his sleeves” and work with real circuits. He would especially like to thank Professor Wendy Tang, Director of the online program and the Associate Director at the time, Nadia Lifshitz, for helping him navigate the online program and being a great source of advice and encouragement.

Roger is married and has three adult children and a number of grandchildren. He is involved in his local church, plays community rec volleyball and enjoys spending time with his grandkids and hiking with his wife. His educational and career trajectory shows online education can make goals achievable that otherwise might not have been.