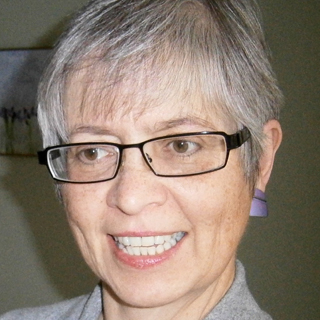 My focus is early American history, particularly the period of the Early Republic (loosely, the 1780s–1850s), but my teaching spans the colonial period through the Civil War. My teaching and research interests revolve around the organization of work, business, and the economy, including entrepreneurship and small business; free and enslaved labor; household production and gender work roles; technological change; comparative industrialization; the relationship between legal institutions and social and economic developments; and commerce and capitalism.

My first book Making Houses, Crafting Capitalism; Builders in Philadelphia, 1790-1850 (University of Pennsylvania Press, 2001) focused on master builders who were at the center of the dramatic physical and economic expansion of the “row-house city” in the first half of the nineteenth century. Artisans in the construction trades were spirited, innovative entrepreneurs who plunged wholeheartedly into the dangers and rewards of a mercurial capitalist economy.

I currently have two related book projects in progress. Mill Creek: a Biography examines the life, death, and metamorphosis of a waterway in nineteenth-century Philadelphia that was at the heart of political, social, and environment conflict. The battle over the creek—by whom it was polluted, whether its fetid state endangered health, what should be done with a de facto sewer, and who would lose and who would gain in “solving” the problem—engaged diverse residents. Farmers, workers, middle-class urbanites, scientists, manufacturers, lawyers, machine politicians, city boosters, and elites became bedfellows or bitter adversaries in deciding the fate of the creek and reshaping the urban landscape. My interest in urban environmental history and hot pursuit of court cases still wrapped in faded “red tape” inspired related work about “Bone Boilers: Nineteenth-century Green Businessmen?” The piece looks at the urban problem of dead horses, smelly boiling vats or animal carcasses, and nineteenth-century NIMBY-ism.

While working on Mill Creek, I became increasingly aware of a small West Philadelphia Black community impacted by the creek (aka sewer). To what degree did the municipal government include this community in its water and sewer lines, and its paving, lighting, and other infrastructure? My questions have led me to focus on this group of freeborn, freed and self- liberated Black men and women in a concurrent project, Foreclosed: The Struggles of a Black Community in Nineteenth-Century Philadelphia.

I am deeply committed to recognizing and preserving historical sites and particularly bringing attention to places of significance in African American history. While researching the history of this West Philadelphia Black community, apartment house construction began on its unrecognized burial ground dating from 1826. I researched the history of the site and documented over 136 burials, and successfully nominated the African Friends to Harmony Burial Ground to Philadelphia’s Register of Historic Sites. I have also co-authored other nominations, including the William and Letitia Still Underground Rail Road Way Station, the 1416-32 West Girard Avenue Historic District, and the Stephen and Harriet Smith—William and Harriet Whipper Abolitionist houses