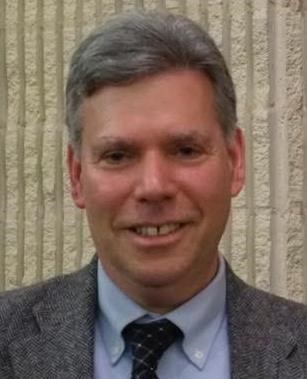 My undergraduate studies were at Queens College, CUNY, with a degree in Jewish Studies (2003). My graduate studies were at the Graduate School of the Jewish Theological Seminary, NY (MPhil, ABD, 2008, degree conferred 2010). My doctoral dissertation is entitled The Rise and Metamorphosis of the God-Fearers: Their Place and Meaning in Jewish and Christian Writings, 200 B.C.E- 200 C.E. in which I analyze the impact that an increasing number of Gentiles attracted to Judaism (known as God-fearers) had on Jewish authors, both in Judea and in the Diaspora, shaping Judaism in an unanticipated way as these authors envisioned a new target audience of non-Jews, adapting their concepts and writings accordingly.

My primary interests and research involve the evolution of religious ideas in Antiquity and Late Antiquity, with a special focus on the shifts within Judaism from the post-exilic Persian Period, through the Hellenistic and Roman periods, the proliferation of Jewish sects during this period, including the Jesus Movement (which eventually becomes Christianity). My research also focuses on the evolution of the Rabbinic Movement and concurrent Early Christian Writings, as both the Rabbis and the Church Fathers grappled with the growth of their movements within a pagan, Neo-Platonic intellectual world, as well as polemics between Jews and Christians, and each of these groups, in turn, in dialogue with the pagan philosophers.

I have been teaching in the History Department at Stony Brook since the Fall semester of 2012. During these years, in addition to survey courses on Jewish History (from Antiquity through the Early Modern World), Ancient Greece and Ancient Rome, I have taught courses on “The Origins of Jewish Mysticism,” “Apocalypse Then and Now: Concepts of the End of the World from Antiquity to Today,” and “Rabbis, Bishops and Emperors: Jews and Christians Under Roman Rule.”

Since 2018 I have also taught courses for the Honors College, including a course that examines the interaction between Religion, Philosophy and Science from the period of the Ancient Greeks until today (HON 301), as well as courses on “Judaism in the Time of Jesus” and “The Golden Age of Spain,” examining the vibrant interaction between Jews, Christians and Muslims during the period that the Iberian peninsula was under Muslim rule.

During a period that I lived in Israel I was also engaged in archival Holocaust research and conducted oral histories with Holocaust survivors. This experience is now the background for a course that I teach on the Holocaust (HIS/JDS 241).