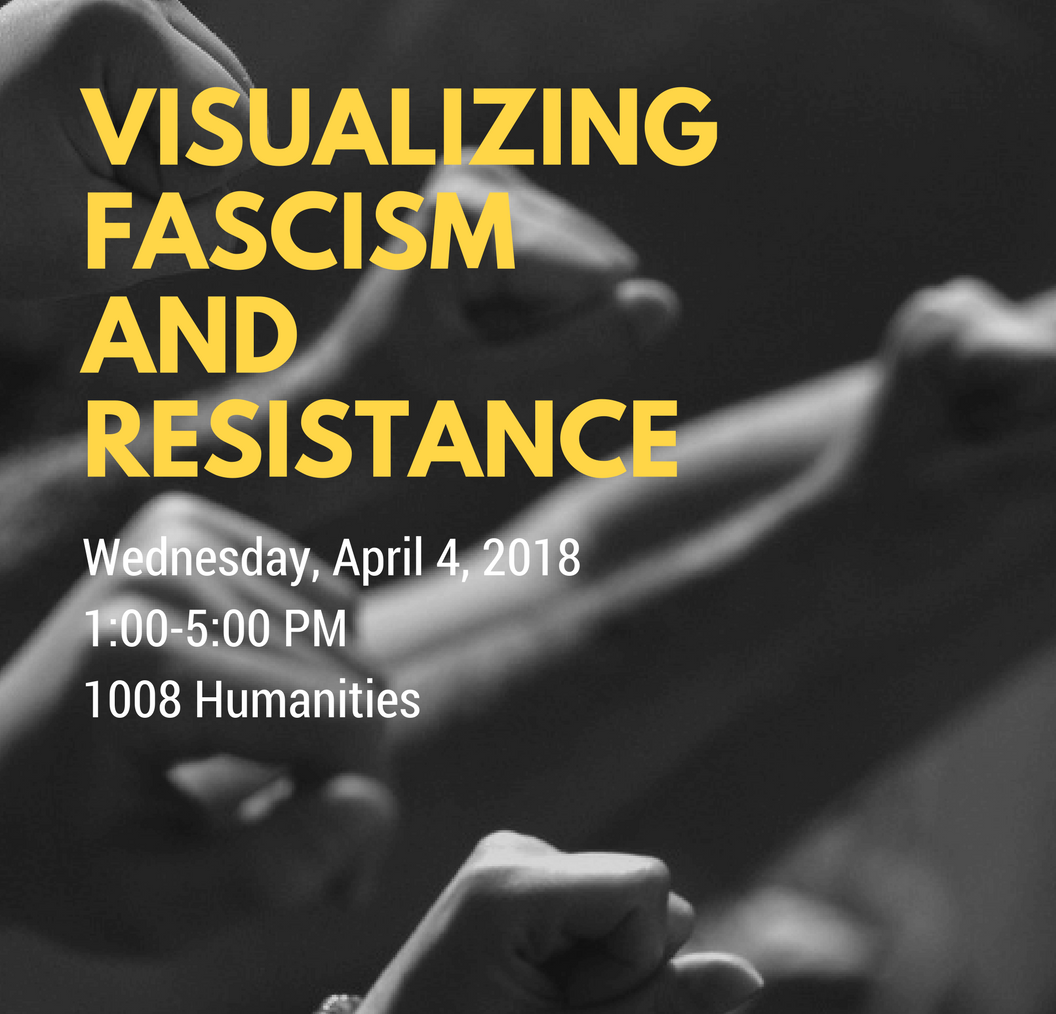 This symposium brings together specialists of Italian, Japanese, and British popular culture and fascism to examine the role of aesthetics in promoting and resisting fascism in a transnational context. The twentieth century technical devices of the camera and sound recording had a global reach, introducing aesthetics into politics at home and abroad through a variety of media such as film, photography, and radio. In an increasingly technologically-mediated and globalized culture, what are the strategies to resist fascism?

Ruth Ben-Ghiat (@ruthbenghiat) is Professor of History and Italian Studies at New York University. She writes and speaks on fascism, authoritarianism, propaganda, and Donald Trump, including for CNN, The Atlantic, The New Yorker, and other media outlets. Her latest book is the award-winning Italian Fascism's Empire Cinema.

Simone Brioni is Assistant Professor at the Department of Cultural Studies and Comparative Literature, Stony Brook University. Using postcolonial theory, his work analyses the literary and cinematographic representation of migrations and Italian colonialism. His articles have been published in edited volumes and peer-reviewed journals including Altreitalie, Cinergie , Écritures , Incontri, Science Fiction Studies, Studi Culturali, and The Journal of Italian Cinema and Media Studies. His most recent publication is the monograph The Somali Within: Language, Race and Belonging in ‘Minor’ Italian Literature.

Janis Mimura is Associate Professor of History at Stony Brook University. Her research has focused on Japanese politics, economy, and culture in the interwar and wartime period. She is the author of  Planning for Empire: Reform Bureaucrats and the Japanese Wartime State (Cornell University Press, 2011, Korean tr., Somyung Publishing, 2015, Japanese tr., Jimbun Shobo, forthcoming). Currently she is working on a transnational study of Japan’s fascist alliance with Germany and Italy.

Ryan Shaffer, an historian and writer, received his PhD in history from Stony Brook University. His academic work focuses on Asian and European history with particular interest in extremism and political violence. He has published over 150 articles, reviews and chapters about European and South Asian politics in popular magazines and scholarly journals. His new book is titled  Music, Youth and International Links in Post-War British Fascism."

Gennifer Weisenfeld is Professor in the Department of Art, Art History & Visual Studies and Dean of the Humanities at Duke University. She is the author of Mavo: Japanese Artists and the Avant-Garde, 1905-1931 and Imaging Disaster: Tokyo and the Visual Culture of Japan’s Great Earthquake of 1923.