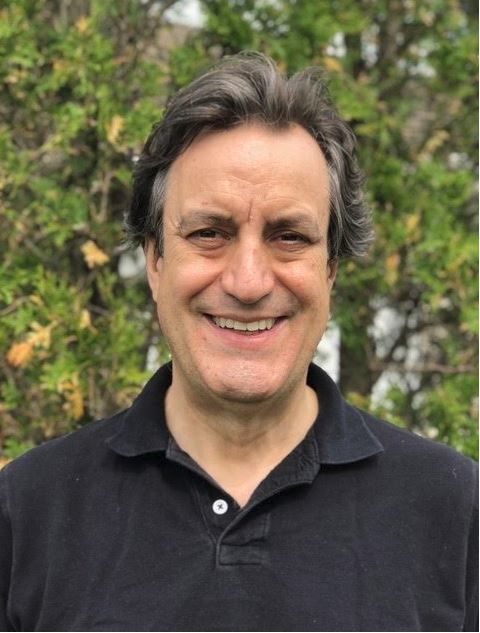 With great sorrow, the Humanities Institute at Stony Brook announces the death on June 24 of Adrián Pérez Melgosa, Associate Professor in the Department of Hispanic Languages and Literature and Director of Humanities Institute at Stony Brook from Summer 2018 to Spring 2022. As Director, he spearheaded the development of vibrant initiatives including the “Pressing Matters” and “Abolitionist Futures” lecture series; he forged our ongoing community partnership with Herstory Writers Workshop; and he created a Student Advisory Board to provide more graduate and undergraduate input. He helmed the Institute during the height of the COVID-19 pandemic, creating compelling and timely multi-platformed programming which spread the reach of our events.

An innovative and inspiring teacher and mentor, Adrián directed multiple undergraduate, MA and doctoral theses, working with students from the Department of Hispanic Languages and Literature as well as Cultural Studies and Comparative Literature. He also served as Director of Graduate Studies and spearheaded the redesign of the graduate comprehensive exam. As a scholar, his research explored the intervention of visual and written fiction narratives on the shaping of collective identities in the Americas and Europe.

Among his most notable publications is his co-authored book, The Memory Work of Jewish Spain, with Daniela Flesler (Indiana University Press in 2020), which explores the phenomenon of the “re-discovery” of Spain’s Jewish heritage. Through oral interviews, visits to museums and newly reconfigured “Jewish quarters'' and Jewish memory sites, and the analysis of  literature, cultural performances, tourist promotional materials and political discourse, the book explores the recent cultural and political initiatives that seek to memorialize and reconnect Spain with its Jewish past in the context of the long history of Spain’s ambivalence towards its Jewish heritage.

Just this Spring, it was announced that the book won the 2021 National Jewish Book Award, in the category Sephardic Culture, sponsored by the Jewish Book Council. The NJBA is the longest-run­n­ing North Amer­i­can awards pro­gram of its kind and is rec­og­nized as one of the most pres­ti­gious.

Pérez Melgosa’s book,Cinema and Inter-American Relations: Tracking Transnational Affect (Routledge, 2012) studies the key role that commercial narrative films have played in the articulation of the political and cultural relationship between the United States and Latin America since the onset of the 1933 Good Neighbor policy.

Adrián co-edited with Tabea Linhard and Daniela Flesler, “Revisiting Jewish Spain in the Modern Era” a special 2011 issue of the Journal of Spanish Cultural Studies, republished in an expanded edition by Routledge in 2013. The volume of essays explores the different and contradictory ways in which Spain as a nation has tried to come to terms with its Jewish memory and with the absence/presence of Sephardic Jews from the nineteenth century to the present.

Adrián was also the principal investigator on the digital humanities research project, “Cultural and Social Map of Latino Long Island”, funded by a three-year grant (2016-2018) from the Hagedorn Foundation. This interactive online map provides a visual rendering of historical, cultural and statistical information and includes a series of oral histories captured in video interviews, with the goal of making visible the social, economic and cultural contributions of the growing Latino population on Long Island.

And as part of his continuing legacy at Stony Brook, HISB will serve as institutional home for   a 2022 American Council of Learned Societies (ACLS) Sustaining Public Engagement Grant – the largest grant HISB has ever participated in– for the interdisciplinary project “Writing Beyond the Prison: Reimagining the Carceral Ecosystem with Incarcerated Authors.”  Three SBU faculty members, whose ideas were nurtured by HISB support, will collaborate with community partners, Herstory Writers Workshop and the United Black Family Scholarship Foundation, to create a publicly accessible, web-based Living Archive to publish and preserve the writings of people within the carceral ecosystem as a rich public history research and curriculum-building initiative. This funding is part of a $3.5 million responsive funding program made possible by the National Endowment for the Humanities (NEH)’s Sustaining the Humanities through the American Rescue Plan (SHARP) Initiative.

Information on a memorial service will be announced at a later date. We invite you to share your memories of Adrián at the following link.

Back to Home Page