Mary Beth Tinker, subject of a famous Supreme Court case, spoke to educators about the importance of students having a say 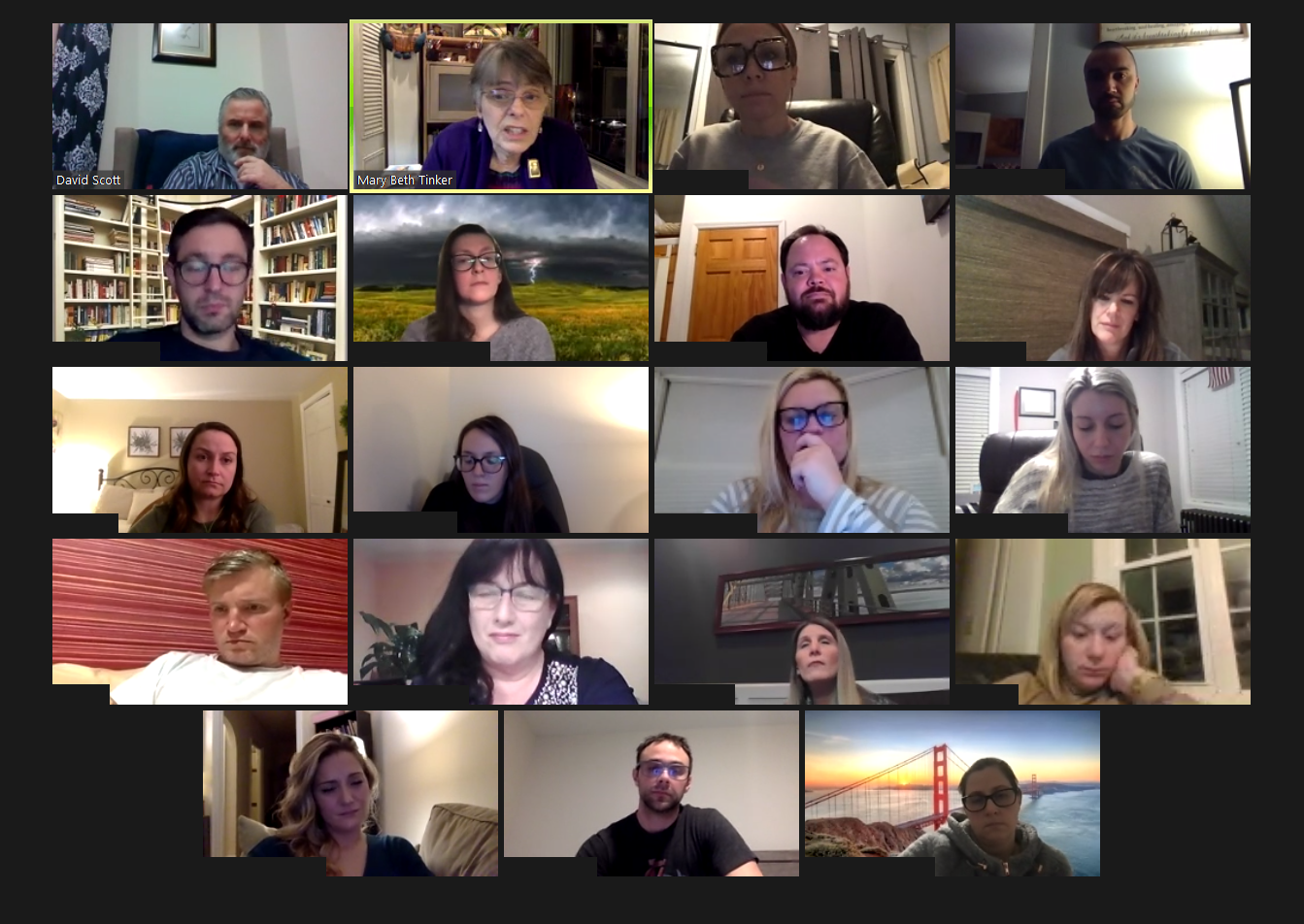 Tinker is a frequent visitor to both K-12 and upper level classrooms, as she has a lot to say about the role of student speech in the classroom. “That’s the power of young people, they see things with fresh eyes,” Tinker said. Tinker was involved in the foundational 1969 Tinker v. Des Moines Independent School District Supreme Court case, which deals with the first amendment rights of students. The case began in lower courts after Tinker, her brother and other students wore black armbands to protest violence in the Vietnam War and to advocate for a ceasefire.

Scott’s students and Tinker discussed a variety of topics related to first amendment rights in schools. The group talked about how to encourage students to look to outside organizations when teachers and administrators can’t or won’t advocate for them. Students discussed the idea that it’s everyone’s responsibility to ensure students can speak for themselves.

The school law students, who are also current teachers, also discussed effective methods for students to show protest, especially in the context of the Black Lives Matter protests over the summer. The group brought up how today’s students are increasingly aware of their rights and more willing to speak their minds.

The case failed in small circuit courts, but a similar case succeeded, causing the issue to go up to the Supreme Court. The Supreme Court ruled in favor of the students, establishing that students count as persons and both students and teachers carry their first amendment rights with them into the schoolhouse. “ It was very informative and inspirational to learn from Mary Beth.  Her passion for students' rights and the power of student voice is certainly inspiring.”