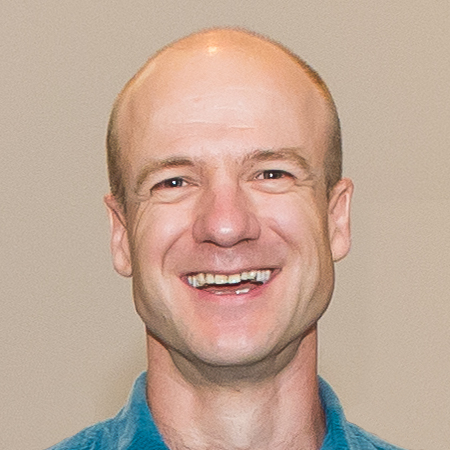 Biography
Matt Dawber has been on the faculty at Stony Brook since 2008. Prior to that he was a postdoctoral associate at the University of Geneva from 2004-2008, having completed his PhD at the University of Cambridge from 2000-2003. If you hear him talk it won't take you too long to realize he is orginally from Sydney, Australia.

Research Statement
Matt Dawber's group in the Department of Physics and Astronomy at Stony Brook University is focused on the growth, characterization and understanding of ferroelectric materials and other oxides. Besides a general interest in ferroelectric materials the focus in this lab is on producing superlattice materials where interfacial coupling gives rise to either enhanced or totally new behaviour.  Ferroelectric materials possess high degrees of functionality, with highly exploitable electrical, mechanical and optical properties. As the most studied ferroelectrics are transition metal oxides with perovskite crystal structure their integration into heterostructure devices with other transition metal oxides with different but equally exciting properties (e.g., magnetism and superconductivity) is a direction that shows enormous potential for both exciting physics and breakthrough devices.

A general review of the physics of ferroelectric oxide thin films can be found at: Dawber M, Rabe KM, Scott JF, Reviews of Modern Physics 77 1083 (2005).
There is also a recent book from Springer that covers a broad range of topics in ferroelectrics from a modern viewpoint: Physics of Ferroelectrics, A Modern Perspective (Topics in Applied Physics, Vol 105, (2007) eds. Rabe KM, Ahn CH, Triscone JM.
Ferroelectrics are also important materials for non-volatile memory applications, and this topic is well covered in: Ferroelectric Memories, Scott JF, Springer 2000