“Be it resolved, the United States should make a major military commitment to defeating ISIS in Syria.”

Ahmad A. Malik is a senior at Stony Brook University, majoring in physics and political science, with minors in astronomy & planetary science, business management, and journalism. He is writing his thesis on the NASA Budgetary Process. Malik has worked on the NASA RIS4E Mission and intends to run for political office.

Michael Holtzman has advised numerous heads of state and senior ministers in the Middle East, Africa, Latin America and Asia on issues ranging from security to trade relations.  He has served as an advisor to the U.S. Department of State’s Office of Policy Planning Staff and in the Executive Office of The President in the White House.  He was Director of Public Affairs at The Council on Foreign Relations.

Jonathan Sanders is Associate Professor in the School of Journalism at Stony Brook University.  He is an Emmy and an Edward R. Murrow award-winning veteran international reporter and a Fulbright scholar. He was the Moscow Correspondent for CBS News and has worked for The Discovery Channel, PBS, and Link TV.

Michael Barnhart is a Distinguished Teaching Professor in the Department of History at Stony Brook University. After an early interest in Japanese-American relations, he has more recently turned his attention to a broad, interpretive analysis of American foreign relations. His current (and apparently eternal project) is tentatively titled, " E Pluribus: A Political History of American Foreign Relations from Jamestown to Obama."

Speaker of the House: James Klurfeld, SBU School of Journalism

All are welcome. The audience votes the winner. 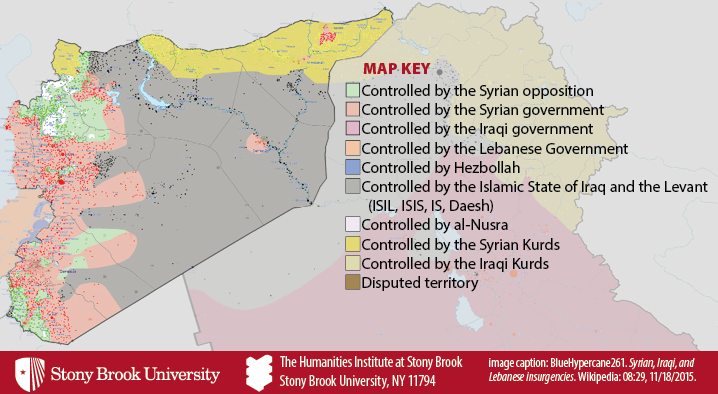