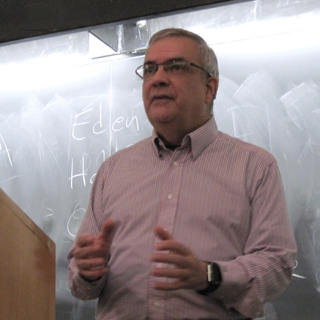 After early interest in Japanese-American relations, particularly on the Japanese side, I have turned my attention to a broad, interpretive analysis of American foreign relations. My current and apparently eternal project is tentatively titled E Pluribus: A Political History of American Foreign Relations from Jamestown to Obama. Chapter 28, “Standing Taller,” covers the Clinton presidency. It centers on themes of significant contemporary significance: the creation of globalized economic and financial orders as spearheaded by the North American Free Trade Agreement (NAFTA); American operations to minimize the disruptions of the post-Cold War era which included military forces in Somalia, Haiti, and Bosnia; and American efforts to stabilize Europe: efforts to ease Russia’s transition from communism to liberal democracy, to eliminate nuclear weapons from former Soviet republics such as the Ukraine, and to expand the North American Treaty Organization (NATO) to include Poland, Hungary and other former communist states.

• "The Best History Books For Teaching and Learning"