Events at the Wang Center

The Wang Center is open to the public, and we will ensure it is a safe environment for all of our visitors. However, due to the novel coronavirus (COVID-19), all our programs will be conducted virtually free of charge. 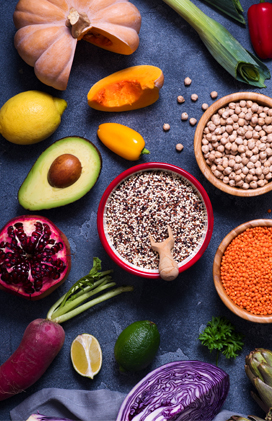 Boost Your Immune System with Diet

Our immune system is our first line of defense when confronted with allergens and viruses. During allergy, cold, and flu season and the ongoing COVID-19 pandemic, it is more important than ever to maintain our health and strength. The food we eat plays a key role. In this short presentation, you will learn how to modify your diet and which foods can help to reduce stress and optimize healthy immune functions. 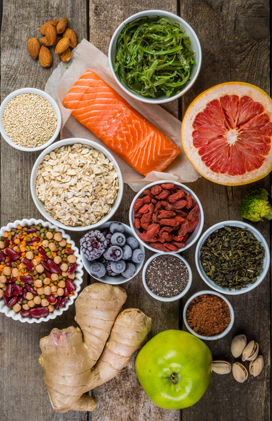 How to Eat When Recovering from Illness

When recovering from an illness—whether from a simple cold or from surgery or more severe illness—food, herbs, and spices can play a major role in helping you get back on your feet. This presentation will teach you strategies to adjust what you eat to build vitality and support digestion. Simple yet effective recipes will be shared. 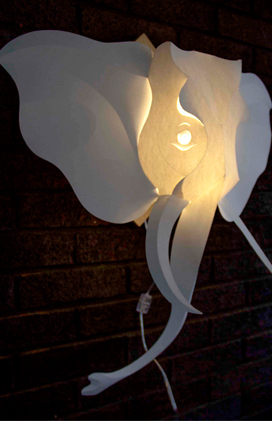 Hiroshi Hayakawa will show how to create your own charming menagerie on a small scale! In three consecutive sessions, he will teach you how to make a Scottish terrier, panda, and tiger. Full-size templates will be provided to print onto the card stock of your choice. And, for added whimsy, participants can add LED lights to transform their little sculptures into functional and colorful night-lights.

Hiroshi Hayakawa is professor of drawing and mixed-media photography at the Columbus College of Art and Design in Columbus, Ohio. His primary artistic mediums are photography and sculpture, but he began making kirigami animal sculptures in the mid-1990s and published four books on paper crafts: Kirigami Menagerie (2009), Paper Pups (2013), Paper Birds (2014), and Paper Monsters and Curious Creatures (2014). 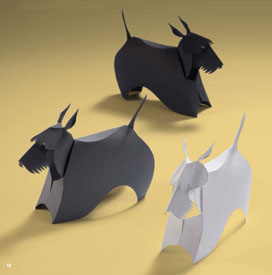 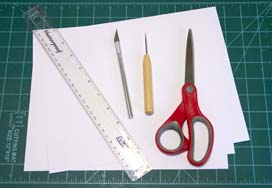 Let’s make a cute little Scottish terrier out of paper! This pup is simple, yet it has a certain elegance in design. It is a perfect project for beginners. You can also make a family of Scotties in different colors and decorate your desk with them! 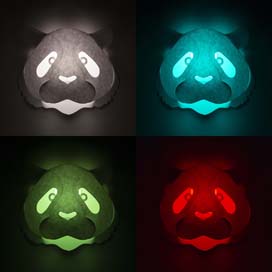 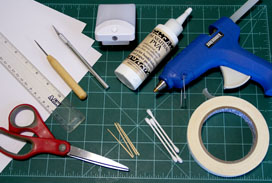 This is an easy-to-make, simple project that’s perfect for beginners. During the day, you can enjoy your giant panda as a wall-hanging sculpture. At night, it will glow in the dark and keep you company. 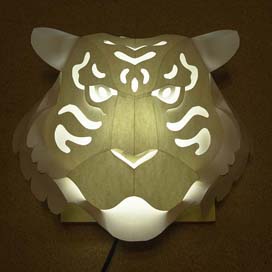 For those who welcome a little artistic challenge, let’s work on a more advanced project: a tiger night-light. This one is a little more intricate, involving a lot of small cuts and a little more patience. but you will be rewarded with a lovely night-light and a sense of accomplishment in the end. 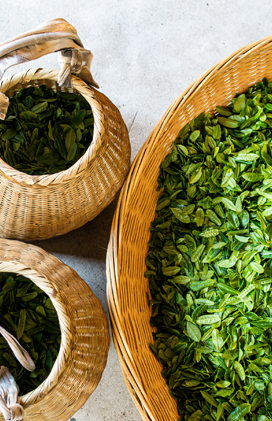 A Cup of Chinese Tea at Home

Welcome to a mini-series of introductory videos to Chinese tea. Shunan Teng, our host, will guide you through four signature styles of historically renowned Chinese teas (including green, white, red, and wu long teas) as well as showcase proper tea etiquette.

Shunan Teng is a traditional Chinese tea master who owns Tea Drunk, a teahouse located in New York City that features only teas from China. Having backpacked to most of the tea-producing regions of China herself, Shunan Teng is on a mission to introduce authentic premium Chinese tea to the rest of the world, educating one tea enthusiast at a time. Her ultimate goal is also to bridge the divide between Chinese and Western cultures, as consuming Chinese tea the traditional way provides insights into the deep, dynamic culture of China itself. 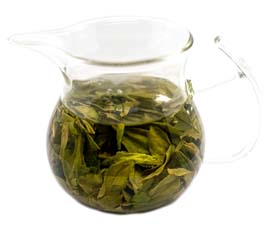 With its tannic and umami flavors, green tea is non-fermented and is cherished for its rigorously defined terroir, short harvesting window, and small hand-made batches. While commercial green teas are abundant, historic green teas remain the most treasured among all teas. In this workshop, we’ll be sipping a grassy and buttery green tea called Gua Pian from heirloom tea trees in the ancient tea region of Lu An. 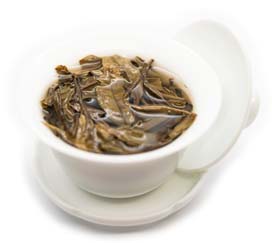 Sun-dried and semi-fermented, white tea has a prominent yeasty note. With the potential to age, its flavor profile develops from grassy floral to fruity, with hints of melon, herbs, and mead qualities popping up along the way. Join us for a satisfying steep of Bai Mu Dan from 2012, not to be missed by any sherry or mead lovers out there! 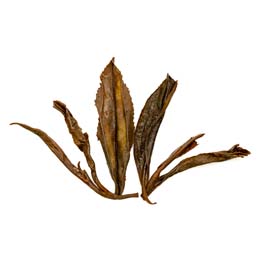 Red tea is known as black tea in the West. It is by definition fully fermented, and its flavor is round and sweet with soft tannins. While often getting a bad reputation for being unpleasantly astringent, a well-made red tea is sweet and umami. Experience the potential of this style of tea with an aromatic Keemun from Qimen, China, with notes of honey and rose. 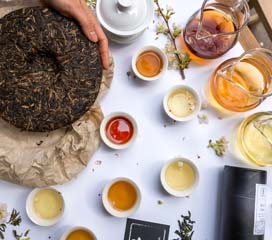 Dark, bold, floral, and metallic, Wu Yi Yan Cha (“Cliff Tea”) is a wu long (oolong) tea that is semi-fermented and heavily roasted. A beautiful UNESCO World Heritage Site, Wuyishan in China’s Fujian Province is one of the hottest destinations for tea lovers. Enjoy the unrivaled forwardness of wu long with this aromatic and floral Qi Lan. 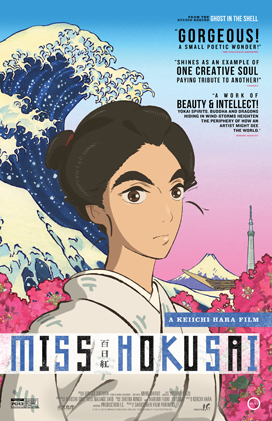 Miss Hokusai is an animated movie based on the Japanese historical manga series of the same name written and illustrated by Hinako Sugiura. It tells the story of Katsushika O-Ei, an artist who worked in the shadow of her father, the revered painter Hokusai. The film is filled with yōkai, spirits, dragons, and conniving tradesmen, while O-Ei’s relationships with her demanding father and her blind younger sister provide a powerful emotional underpinning to this sumptuously-animated coming-of-age tale. 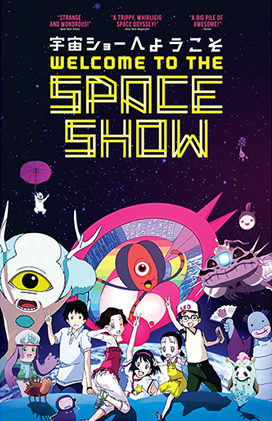 Welcome to the Space Show

Welcome to the Space Show centers around five elementary school kids on a school trip. While looking for their missing class pet, the children rescue a dog that turns out to be an alien. As a reward for their kindness, he invites kids to visit the moon, and through a series of strange events, they become stranded across the galaxy. 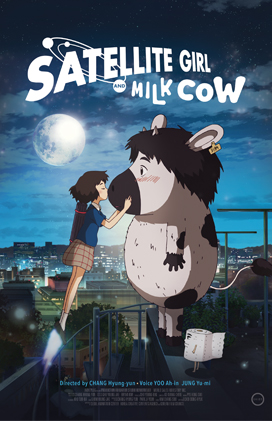 From the brilliant and slightly twisted mind of Korean writer and director Chang Hyung-yun, Satellite Girl and Milk Cow centers around teenagers who turn into anthropomorphic animals when their hearts are broken. Surreal as it all is, a relationship develops between the "satellite girl" and the "milk cow." You can't help but be charmed by this offbeat little masterpiece, with its wildly entertaining commentary on the possibility for human connection in the crazy, mixed-up, postmodern world we live in. Just give into the weirdness. 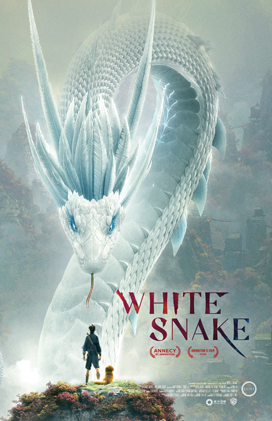 Conceived as a prequel to the ancient and enduring Chinese fable Legend of the White Snake, White Snake is a rich tale of trickster demons, deadly mythical beasts, assassins, wuxia action, and the promise of eternal love. 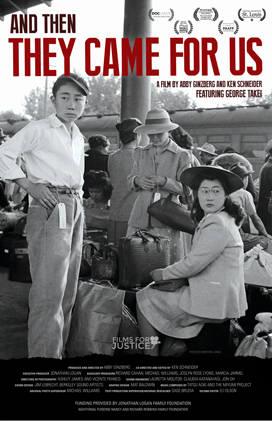 And Then They Came for Us

The history of Japanese American internment during World War II is retold in this compelling documentary from Abby Ginzberg and Ken Schneider. Featuring actor George Takei and others who were interned, rediscovered photos by Dorothea Lange, and the story of Fred Korematsu’s long journey for justice, the film also follows Japanese American activists today as they speak out against the current Muslim travel ban and other regressive immigration policies. The film aims to educate audiences about the constitutional damage done in the name of national security due to war hysteria and racism. 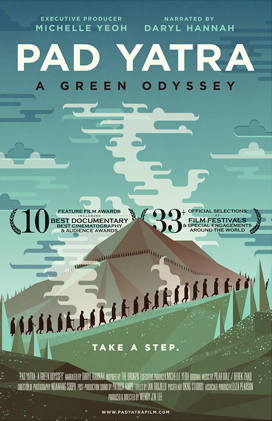 Pad Yatra: A Green Odyssey is a documentary about 700 people undertaking an arduous 450-mile trek across the Himalayas. It weaves ancient Buddhist spiritual traditions, global environmentalism, and Tibetan and Himalayan culture to spotlight the ways a community-based movement can begin to solve one of the most pressing problems of our time. 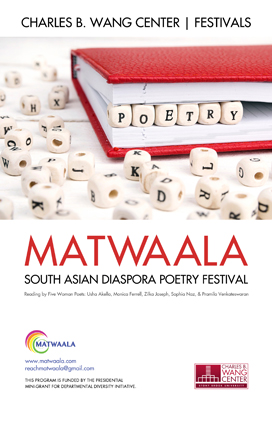 Directed by Usha Akella and Pramila Venkateswaran, the Matwaala Festival is a platform intended to showcase the voices of talented South Asian female poets in America. The festival will offer pre-recorded poetry readings by both established and emerging poets, including Sophia Naz, Zilka Joseph, Monica Ferrell, Usha Akella, and Pramila Venkateswaran.

This program is funded by the Presidential Mini-Grant for Departmental Diversity Initiative. 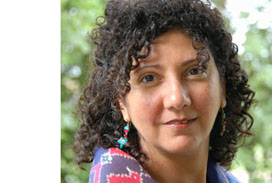 Educated in Kolkata, Zilka Joseph is an acclaimed poet of rare skill. She has been nominated twice for the Pushcart Prize and more recently for a Best of the Net award. She has also won several honors, including the Elsie Choy Lee Scholarship from the Center for Education of Women+, a Zell Fellowship, and the Michael S. Gutterman Award in Poetry from the University of Michigan. Her first chapbook, Lands I Live In (2007) was nominated for a PEN America Beyond Margins award, and her second chapbook, What Dread (2011), was a semifinalist in Finishing Line Press’s New Women’s Voices Chapbook Competition and nominated for a Pushcart. Her first full-length collection of poems, Sharp Blue Search of Flame (2016), was a finalist for the Foreword INDIE Book Awards. http://www.zilkajoseph.com/ 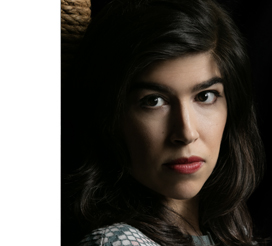 Born in New Delhi, poet and novelist Monica Ferrell writes allusive poems that often seem to molt, revealing vulnerable, raw skin caught mid-transformation. She is the author of three books, most recently the collection, You Darling Thing (2018). Her debut poetry collection, Beasts for the Chase (2008), was a finalist for the Asian American Writers Workshop Prize in Poetry and won the Sarabande Books Kathryn A. Morton Prize. Ferrell’s debut novel, The Answer Is Always Yes (2008), was named a Borders Original Voices selection and was one of Booklist’s Top Ten First Novels of 2008. Her honors also include a Discovery/The Nation prize and a Wallace Stegner Fellowship at Stanford University. Ferrell lives in Brooklyn, New York, and she is an associate professor of creative writing at SUNY-Purchase. 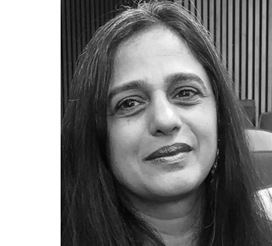 Usha Akella, NOT CAVING IN

Usha Akella is a co-founder of Matwaala, the first South Asian diaspora poet festival in the United States. She earned her masters degree in creative writing at Cambridge University. Akella has authored four books of poetry, one chapbook, and scripted and produced one musical drama. Her most recent book was published by Sahitya Akademi, India’s highest literary authority, and was translated by Elsa Cross and published in Spanish by Mantis Editore Press in Mexico. She has been invited to numerous international poetry festivals. She has also won several literary prizes (the Nazim Hikmet Award, the Open Road Review Prize, and the Egan Memorial Prize), and enjoys interviewing artists, scholars, and poets for reputed magazines. She has written quixotic nonfiction prose pieces that have been published in The Statesman and India Currents. www.matwaala.com 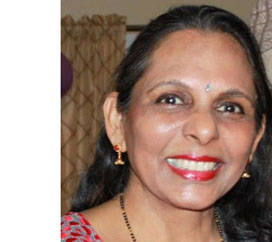 Pramila Venkateswaran is a co-founder of Matwaala, the first South Asian diaspora poetry festival in the United States. Venkateswaran is the recipient of writing residencies at Hedgebrook and Norcroft, and she was named poet laureate of Suffolk County, Long Island, in 2013. She grew up in Bombay and earned her PhD at George Washington University. She is the author of several poetry collections, including Thirtha (2002), Draw Me Inmost (2010), and Trace (2011). Her work has also been featured in the anthologies A Chorus for Peace: A Global Anthology of Poetry by Women (2002), en(compass) (2005), and Indivisible: An Anthology of Contemporary South Asian American Poetry (2010). www.matwaala.com 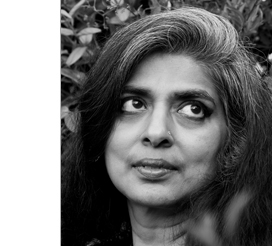 Sophia Naz is a bilingual poet, essayist, author, editor, and translator. She has been nominated twice for the Pushcart Prize, in 2016 for creative nonfiction and in 2018 for poetry. Her work has been featured in numerous literary journals and anthologies. Naz is a regular contributor to Dawn, is a poetry editor and columnist at The Sunflower Collective blog, and is the founder of Rekhti.org, a site dedicated to contemporary Urdu poetry by women. Her poetry collections are Peripheries (2015), Pointillism (2017), and Date Palms (2017). SophiaNaz.com