Skip Navigation
Search
Home About Us

Originally established as part of a department of Romance Languages, Hispanic Languages and Literature became an autonomous department in 1970, reflecting the growing impact and intellectual vitality of Hispanic cultures both internationally and within the U.S. Our undergraduate and graduate programs are designed to serve a broad constituency of students with courses devoted to the language, linguistics, and literary and visual cultures of Spain, Latin America and Latino communities in the United States. Because so many facets of American life — business, industry, commerce, communications media, the arts, science, and technology — have become truly international in scope, many career opportunities exist for persons with language skills and knowledge of other cultures.

At the undergraduate level Hispanic Studies attracts students as a core Humanities major that challenges them to develop their critical and analytic skills while acquiring linguistic and cultural proficiency in the third largest “global language.” A student majoring in Spanish could begin preparation for a career in any of these fields as well as in teaching. A student minoring in Spanish could combine such studies with plans for governmental service, international business, the health professions, or a major in another language and literature.

Our graduate degree programs, the MA and PhD in Spanish and Latin American Literature and Culture and the MAT in Spanish education, serve a diverse range of students with innovative curricula appropriate to their backgrounds and professional goals.

Our faculty work closely with students at all levels and maintain active research agendas that inform their teaching and mentoring of students. The 2010 NRC report puts us in the top quartile in research productivity and our across the board scores identify us as the premiere public doctoral program in Spanish in New York State.

Stony Brook University is also a member of the OCLC Research Library Partnership (formerly the Research Libraries Group) that allows our students, staff and faculty with current ID cards to enter and use many major libraries in the United States, Canada and abroad. In our geographical region, other libraries in the program include: Columbia, NYU, The New York Public Library, The New School, American Museum of Natural History, Metropolitan Museum of Art, Museum of Modern Art, New-York Historical Society, Cornell, Princeton, Rutgers, The University of Pennsylvania, and Yale. 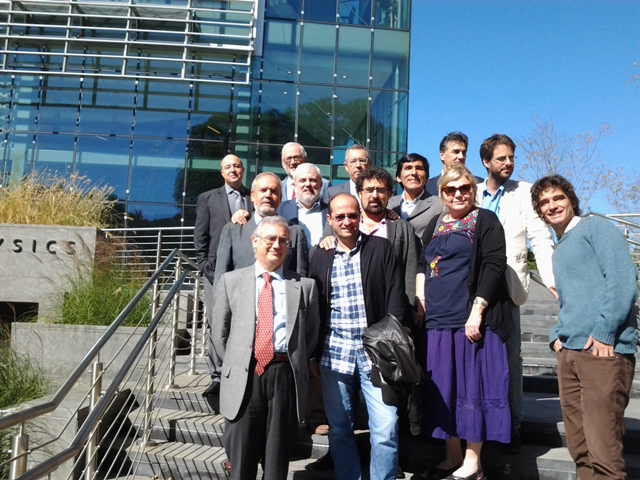 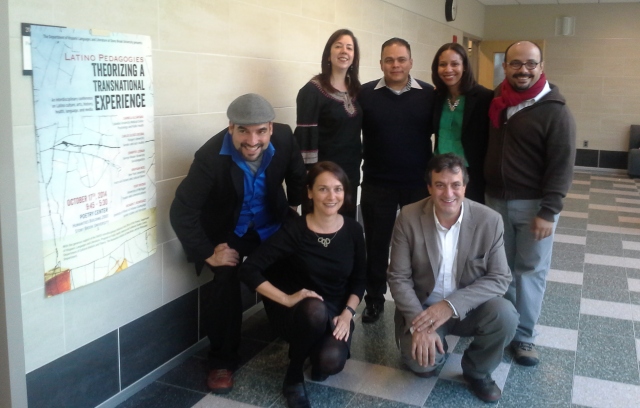 Visiting Prof. Fernando Loffedo and his students of SPN 405 : History and Politics of Art during the Spanish Golden Age, during a class visit to The Metroplitan Museum of Art in New York City (May 2014). 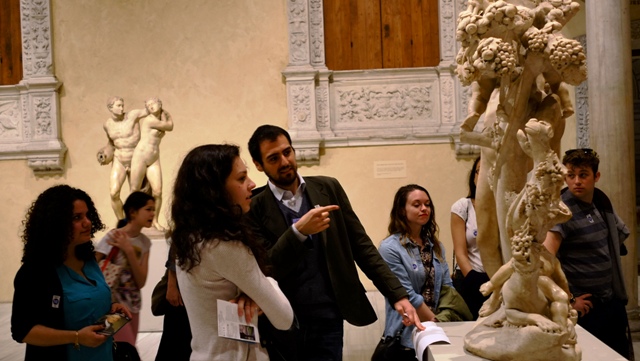 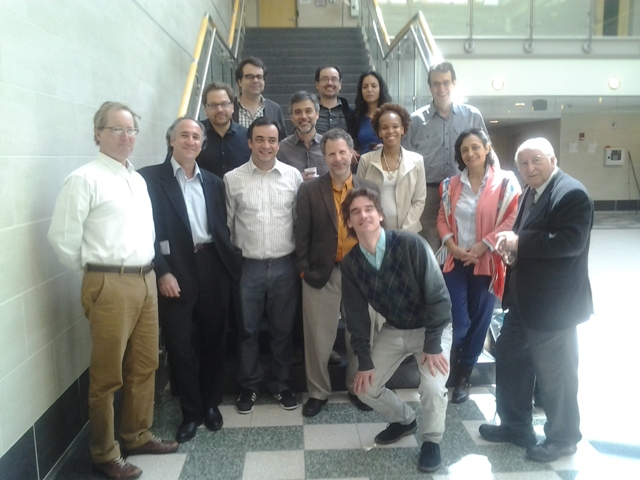 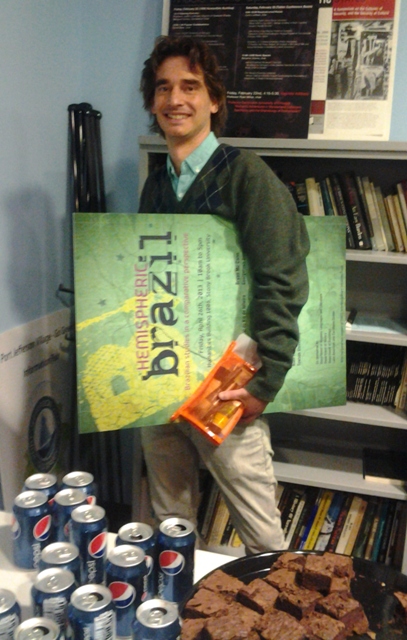 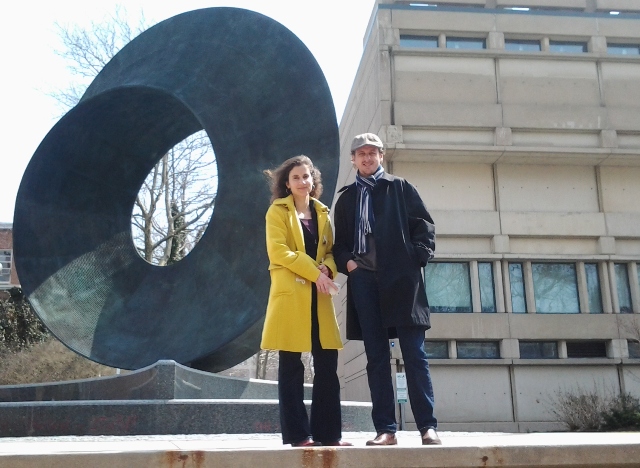 Julieta Vitullo and Edgardo Dieleke(April 2013), writer and filmmaker, during their visit to the Department of Hispanic Languages and Literature at Stony Brook University to present their film La forma exacta de las islas / The Exact Shape of the Island. More on the film. 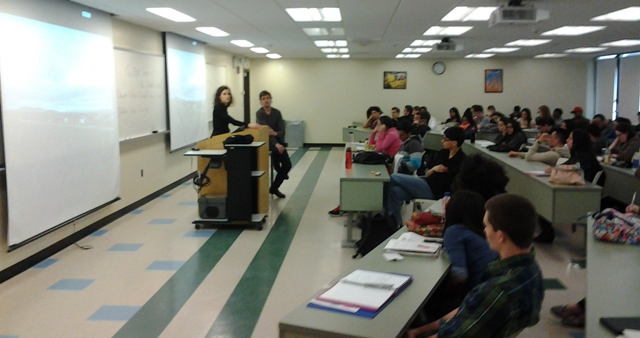 Spanish writer Javier Cercas in the middle of a lively conversation with our faculty and graduate students. 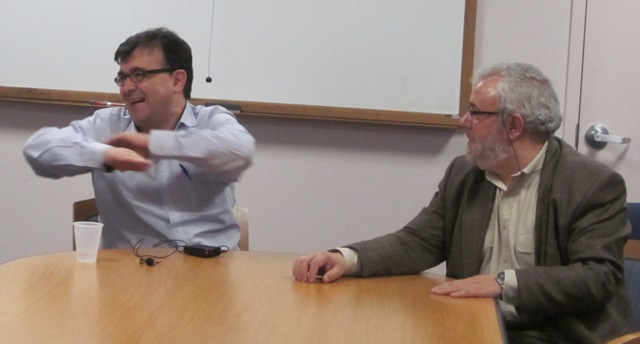 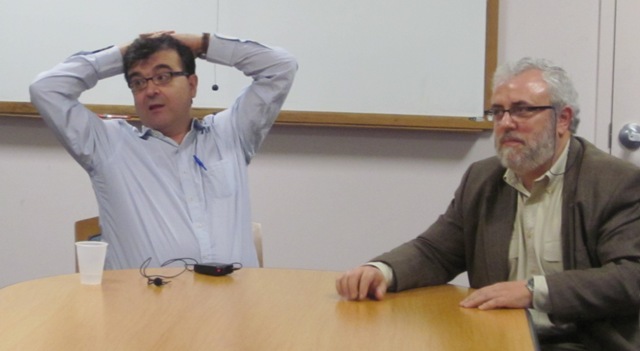 Javier Cercas and Víctor Roncero-López, who moderated the conversation (Nov 2012). 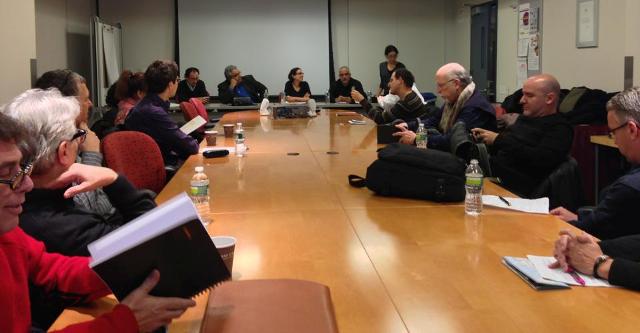 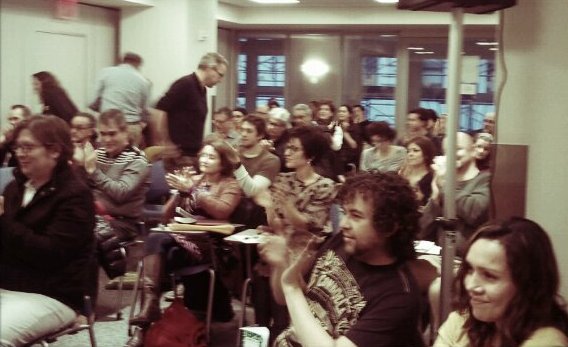 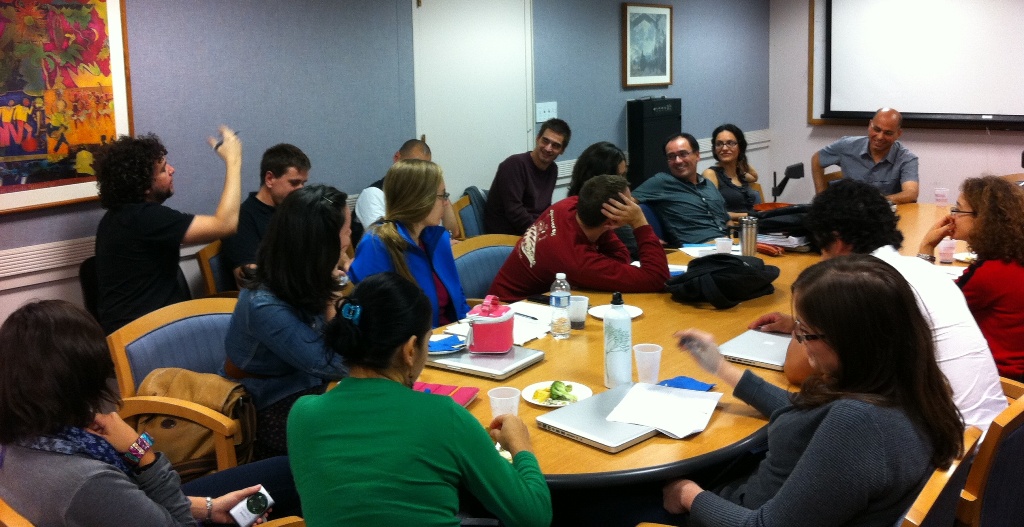 Andrés Di Tella discussing his new film Hachazos and the documentary as a form in one of our graduate seminars. 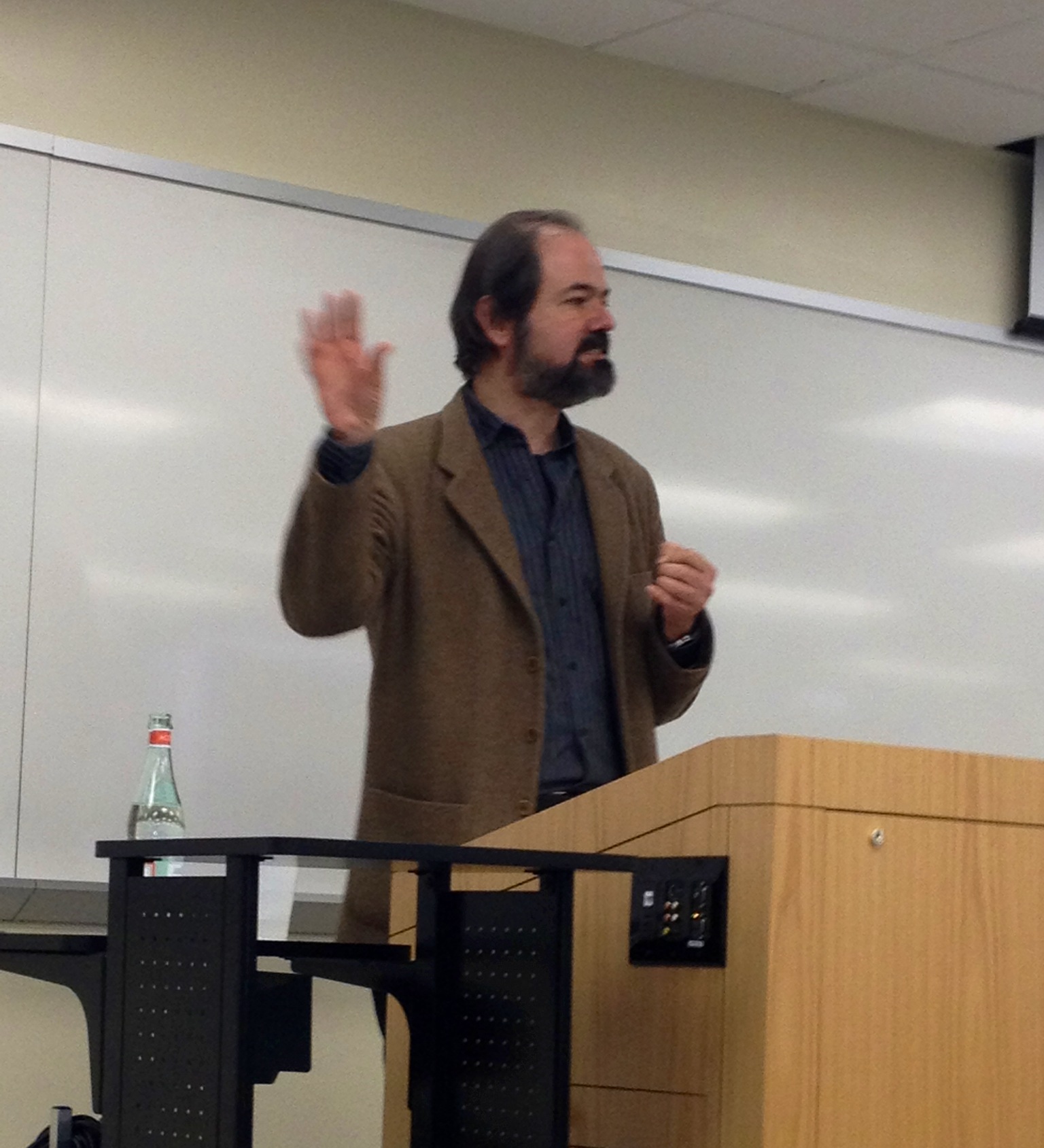 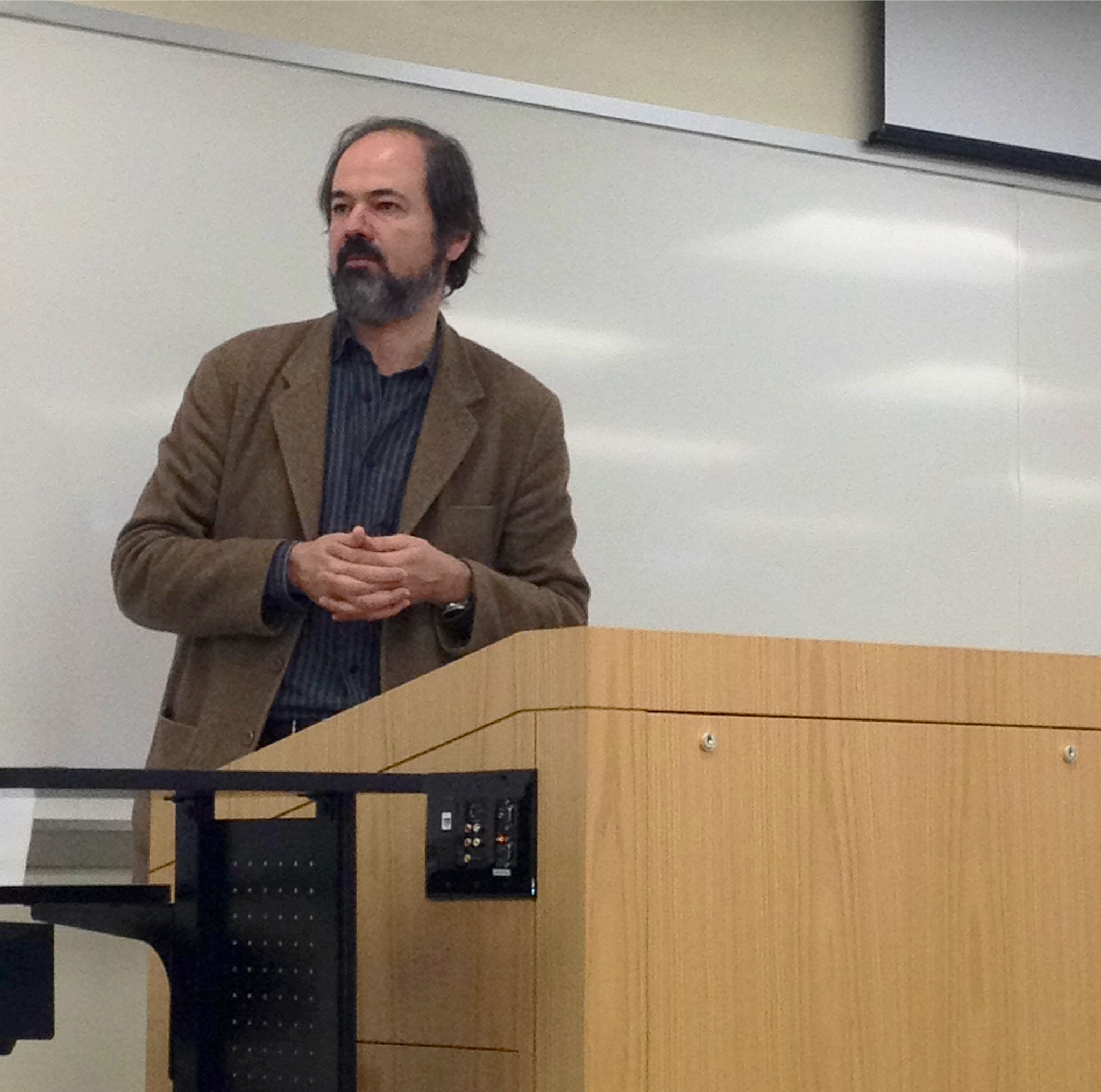 Mexican writer Juan Villoro during the presentation of Oblivion: A personal history of Mexico City (Dic. 2011) 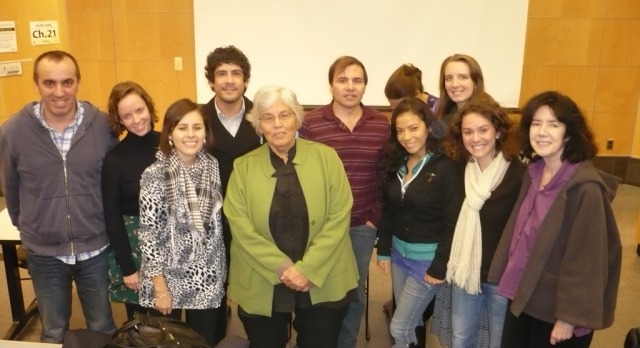 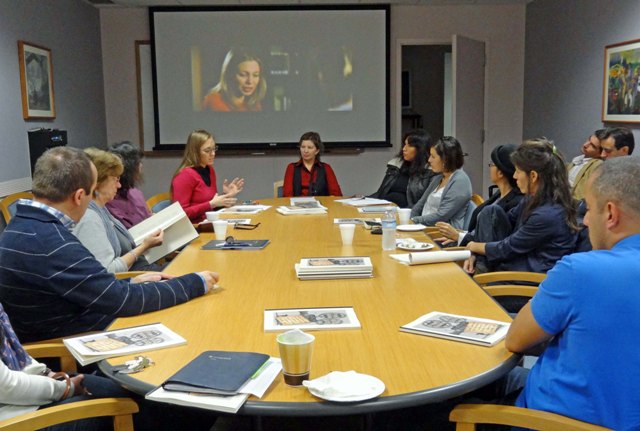 Graduate students and Faculty in Hispanic Languages and Literature during the presentation of Cinelites, a publication on film studies by our graduate students (Nov. 2011). Get your free copy here!