Much of his early research was in linguistics, notably the history of the discipline, a subject in which he continues to maintain an active interest. Later, he turned to literary theory, and, more specifically, to psychoanalysis and Marxism, which he has combined in the form of a psychoanalytic Marxism. Recently, his work has focused on the construction of subjectivity in the pre- and early-modern periods and, more broadly, upon the epistemological and ontological dimensions of the human sciences. He has published numerous books and articles relating to most areas of Peninsular studies--Medieval, Golden Age, Enlightenment, and Modern--and also of Latin American studies. 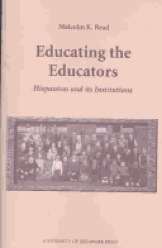