Lou Charnon-Deutsch's earliest training was in the School of Chicago Criticism that strongly influenced her first book, a structuralist study of the artistic short story of 19th century Spain. By the mid-eighties, however, she broadened her interests to include applied feminist theory and psychoanalytic theory. Her following two books examined issues of gender and representation in well-known 19th century male-authored texts, and in the fiction of both canonical and non-canonical women writers. More recently, she has been working on systems of representation in popular Spanish culture, especially the illustrated Spanish periodicals that are the subject of her most recent book, Hold That Pose. At present she is working on the topic of conspiracy theories in nineteenth-century European fiction. She has served as President of Feministas Unidas (1992-1994). At Stony Brook, she is an affiliate of Women's Studies and of Comparative Literature.

The Gypsy in the European Imaginary

SPN 612 / FALL 2003 / WED 4-7 / PROFS VERNON & CHARNON-DEUTSCH
The subject of this course is the trafficking in stereotypes. Apart from a few facts that will be reviewed in the first session, the course does not discuss Roma groups as would historians and anthropologists uncovering the truth about a subject, rather it focuses on Gypsies, that is the imaginary, culturally constructed icon that has been for so many centuries a kind of cultural currency between and within groups and nations, part of what could be called the trafficking in stereotypes. Over the centuries the contours of this imaginary construct have changed in response to discrete geopolitical realities, but at the same time the fact that the Gypsy has remained such a fascinating icon for so many cultures and for so long also means that it plays a part in psychological processes in the Western collective imaginary. As we examine some of the more common cast of characters in the Gypsy repertoire (Carmen, Esmeralda, Fedalma, etc.) we will be talking about the psychological dividends of creative exoticisms such as the Gypsy in the European imaginary.

SPN 541 / FALL 2004 / MON 5-8 / PROF CHARNON-DEUTSCH
This course examines a serious of classical realist texts written for the most part in the 1880s during the Restoration. The novels studied will be compared with various other literary forms that occupied the same cultural space as the novel (the folletín, the cuento festivo, women's writing, translations, the radical Naturalist novella) to show the relationship of the realist novel to the mass culture from which it attempted to distinguish itself in order to create a new reading public in Spain. Secondary sources will be provided in a packet of readings distributed in class on the first day and will include articles on the novel, popular culture and the realist project. The packet will also contain several novellas, including  La senda de la Gloria  by María de Pilar Sinués de Marco,  La novela en la tranvía  by Pérez Galdós, and  La prostituta  by Eduardo López Bago. 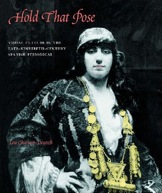 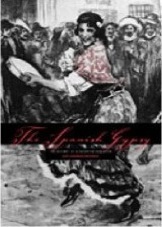