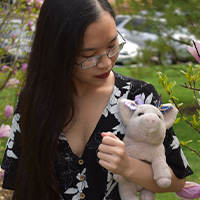 Where are you originally from?
I was born in Hanoi, Vietnam, but have lived almost my entire life on the East End of Long Island.

On her majors and minor:
Journalism major: I’d previously enjoyed running my high school paper and thought journalism would be a good fit for me as I liked causing a bit of a stir with my writing. Four years later, and I’m definitely not going into journalism.

Women’s and Gender Studies major: I chose this major because I knew its program would most interest me. I’ve adored all the classes I’ve taken within it, and have even taken additional electives just because I could. The knowledge I have gleaned from these classes is some of the most valuable in my education.

Theatre minor: I love theatre to an almost unhealthy degree. Since I was a young child, I’ve adored the performing arts, and when everything shut down last March, it was devastating. Back in 2019, I saw 20 Broadway shows. A record at the time. I hope I can break that record as theatre reopens in 2022.

Favorite class:
Most of my WST classes have been excellent. I took a fantastic class on media representations of immigration that tied both of my majors together so well, and definitely articulated my issues with so-called “objectivity” in journalism better than I could have without it. Back in my sophomore year, I took a class called “Sexual Citizens: Sex, Publics, and Space in the U.S.,” all about the developing sexualities within America in the 19 th and 20 th centuries. We learned about the intersections of race, gender, queerness, etc. There was a whole section on early theatre’s queer beginnings. I loved it.

Interests and accomplishments:
I love theatre, as I said already. My greatest accomplishment would be seeing 60 Broadway shows in my lifetime thus far (imagine how many I’ll have seen by the time I die). This is something I know I’m immensely privileged to be able to say I’ve done. Theatre, especially Broadway, must become a more equitable, accessible, diverse place. Not an elitist institution.

Greatest achievement:
My JRN 490 capstone project, definitely. I may not like journalism, but I chose to write my piece on what I love: theatre. Specifically, the 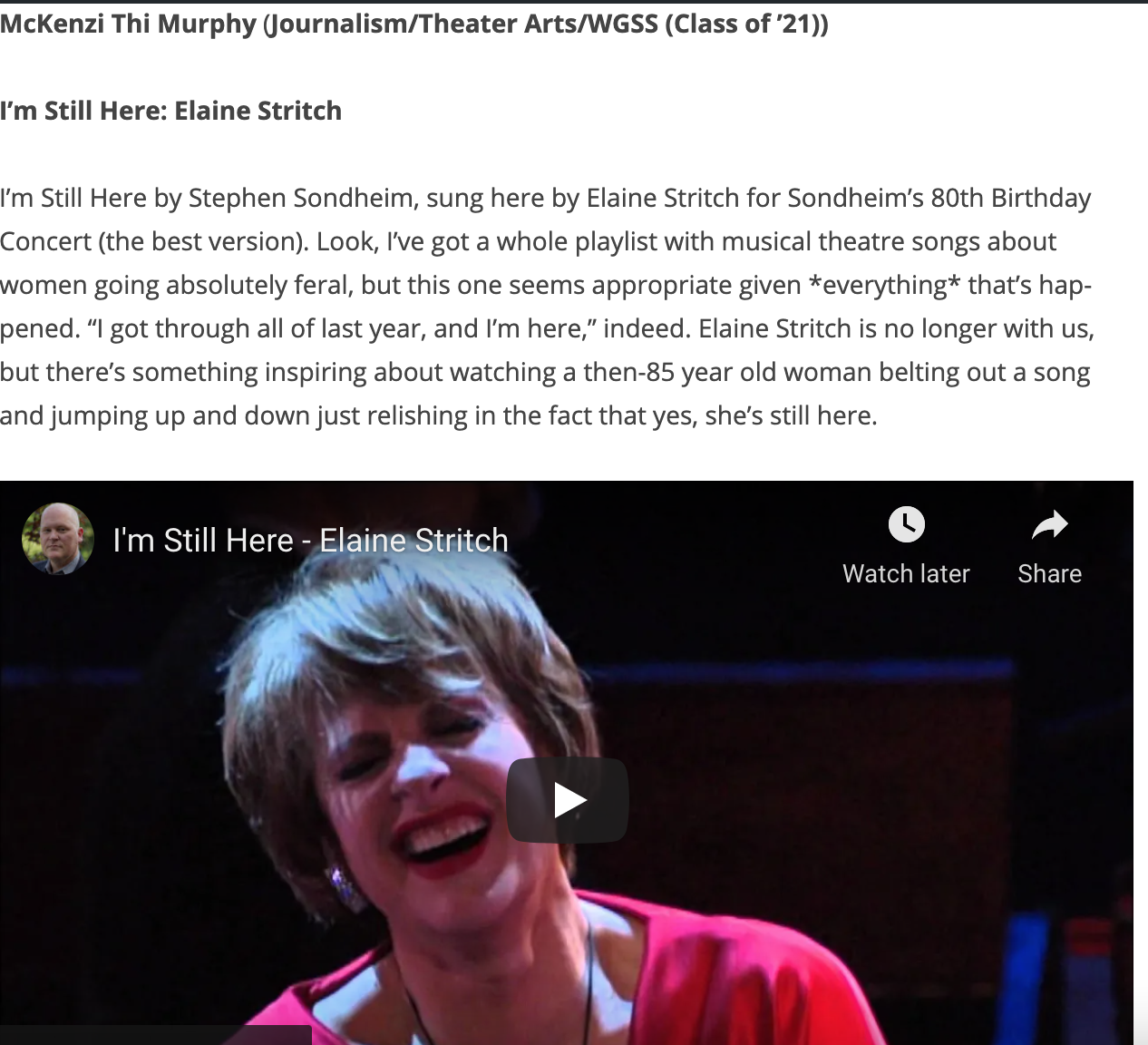 digitization of theatre during a global pandemic. Writing that ended up being almost therapeutic for me. A way to cope with the world. You can check it out here !

Advice for future Seawolves?
Get your assignments done and submitted at least a day in advance. I’ve tried not to ever submit anything last minute, and have a pretty excellent track record there. Get it done.

Fun fact:
I also collect earrings: I have 276 pairs. I’m very proud of this.