Lab for Microfluidics for Quantitative and Genomics Biology 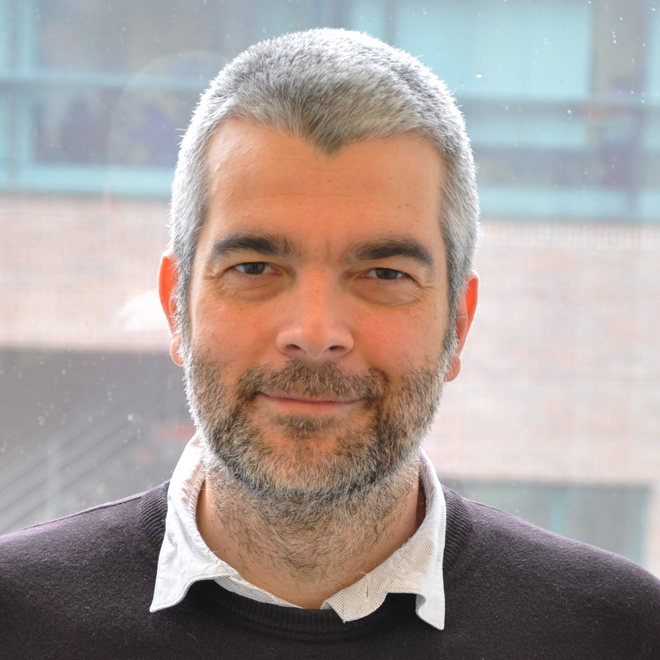 Analyzing heterogeneity of cancer tissues -  It is increasingly appreciated that cells within a population, even derived from a common ancestor, exhibit a high degree of heterogeneity. Cell subpopulations generally arise from genetic mutations, epigenetic modifications or stochastic gene expression. This heterogeneity underlines the importance of single-cell approaches that permits the analysis of correlations that are otherwise obscured with techniques that collect the average cellular response. The analysis of population heterogeneity is particularly relevant to certain pathologies like cancer. Cancer development is generally described as an evolutionary process where a cell population randomly acquires mutations and natural selection acts on the resultant phenotypic diversity. This view has been recently challenged by the description of stochastic gene expression that can induce transitions between distinct phenotypes without genetic mutations. Hence, non-genetic phenotypic variations may play a more prominent role in disease than previously anticipated. Finally, cell phenotypes could be stabilized by cellular interactions and the loss of these interactions could trigger stochastic gene expression and tumorigenesis. These different models that try to reconcile the different data accumulated from a few decades of molecular biology studies stress the importance of combining high-throughput single-cell techniques with system biology approaches for studying cancer.
My research exploits the advantages conferred by droplet microfluidics over conventional technologies and other microfluidics techniques in terms of automation, throughput and combinatorial power for the manipulation and analysis of single-cells. We are combining droplet microfluidics and state-of-the-art molecular techniques like next-generation sequencing to conduct the genomic profiling of tissues at single-cell resolution. This multidisciplinary project will have a direct impact on the basic science of cancer and at the clinical level by improving the way cancer progression is assessed and monitored.

Droplet microfluidics - Droplet microfluidics uses a 2-phase system, in which each assay is compartmentalized in an aqueous microdroplet (1 pL to 10 nL) surrounded by an immiscible oil. We generate droplets by forcing a central aqueous phase and two side streams of fluorinated oil through a small orifice (nozzle). The outer fluid exerts pressure and viscous stresses that force the inner fluid into a narrow thread, which then breaks inside or downstream of the orifice into droplets. The droplets are all of the same size (monodisperse) and are stabilized by a fluorosurfactant contained in the fluorinated oil. Droplets can be generated at up to 5,000 per second.

The droplet format has several advantages compared to single phase microfluidics: 1- it provides physical and chemical isolation eliminating the risk of cross-contamination; 2- reagents are quickly and efficiently mixed inside droplets; 3- droplets are very stable and can be incubated or thermocycled off-chip before being re-injected; 4- droplets can be manipulated at very high throughput. Droplet manipulations include pair-wise merging by electro-coalescence, mixing, on-chip incubation, fluorescence detection and fluorescence-activated sorting. Finally, droplet microfluidics presents a new paradigm for single-cell analysis. Experimentally, microfluidic chips are made of PDMS using soft-lithography techniques and flows are controlled by a pressure-driven system.