A Conversation with Frances Haugen 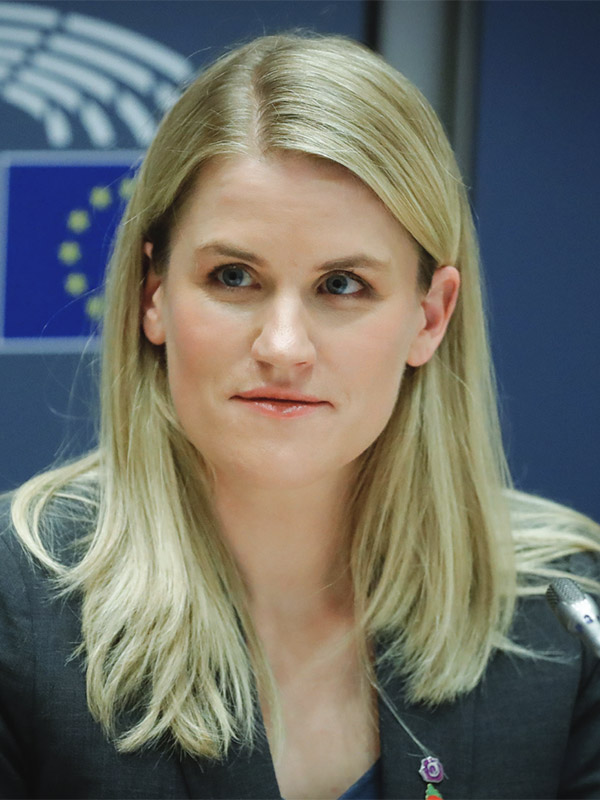 Frances Haugen is an algorithmic expert and co-founder of Beyond the Screen. She has built a career ranking algorithms for technology companies and platforms including Google, Pinterest and Yelp. In 2019, she joined Facebook as lead product manager on the company’s civic misinformation team and later worked on counterespionage initiatives.

While there she became increasingly alarmed by what she deemed as the company prioritizing profits over public safety. She filed a series of complaints with the U.S. federal government and has testified in front of the U.S. Congress, UK and EU parliaments, the French Senate and National Assembly.