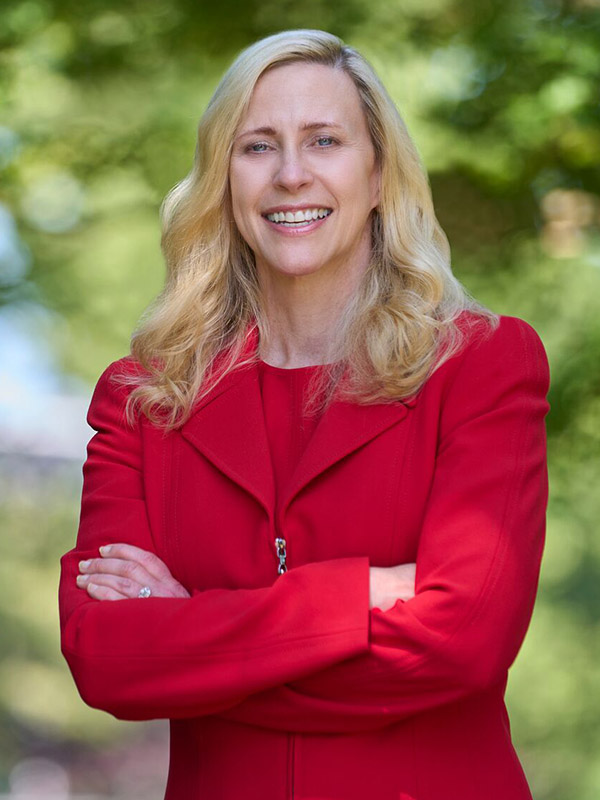 Maurie McInnis is the sixth president of Stony Brook University, an internationally recognized public research institution and center of academic excellence designated as a  flagship  university in New York State and ranked as the number one public university in the state under her leadership.

Advancing Access, Opportunities and Social Mobility For All Students

As an administrator, President McInnis is focused on providing a high-quality, affordable education for all students, which has resulted in a diverse student population that includes twenty percent underrepresented minority students, more than one-third of students who are Pell Grant-eligible, and one-third who are the first in their families to go to college.  Stony Brook University is ranked #1 on the College.net Social Mobility Index—ahead of all 65 members of the American Association of Universities (AAU). It has an 80-percent six-year graduation rate for Pell Grant recipients, compared to 77 percent for non-Pell Grant students, and four-year graduation rates continue to increase.

To promote excellence through equity and diversity in STEM fields, President McInnis  announced the Stony Brook Simons STEM Scholars Program in May 2022, supported by a  $56.6 million gift from the Simons Foundation and the Simons Foundation International, to improve pathways to STEM careers and doctoral degrees for under-represented students.

To propel Stony Brook University to even higher levels of excellence, President McInnis continues to make significant investments that put bold opportunities within reach. In late 2021, she launched the $75 million-dollar President’s Innovation and Excellence Fund, which is fully supported by philanthropic gifts, to enhance externally funded research on campus. This fund has supported Stony Brook’s efforts to compete and advance as a finalist as the City of New York and the Trust for Governors Island look to reimagine Governors Island as a global hub for climate science research and innovation.

A renowned cultural historian and author, President McInnis’ academic scholarship has focused on race, slavery, and power in the 19th century American South. She brings to Stony Brook her humanist values , among them her conviction that institutes of higher learning should use their expertise and influence to address major societal problems. As such, she is deeply committed to the mission of public research universities.

Along with her leadership team, President McInnis continues to embrace and advance opportunities to recruit accomplished faculty to improve teaching and learning, conduct groundbreaking research, provide the best clinical care for patients, and boost the socioeconomic mobility of all students at Stony Brook University.