The Department of Anthropology suffered two huge losses at the beginning of 2022. On January 2, world renowned Paleoanthropologist Richard Leakey died at his home outside Nairobi. Three weeks later his protégé, colleague and friend, Isaiah Nengo, died in hospital in Nairobi after a short illness. 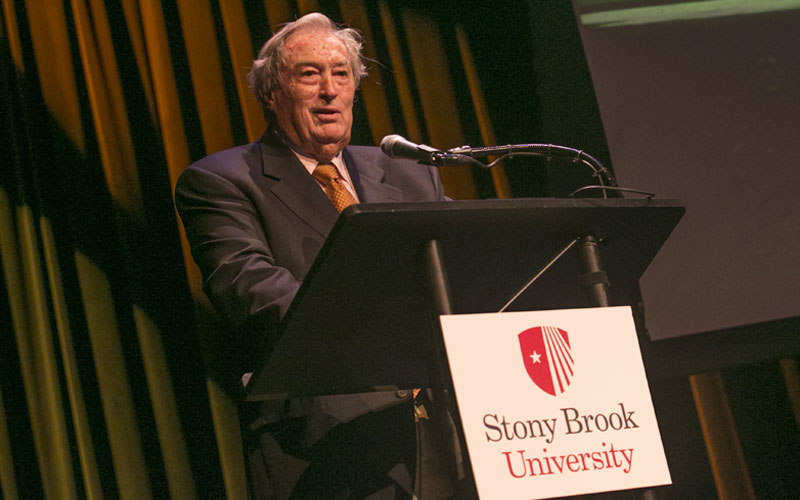 Richard was the oldest son of Louis and Mary Leakey whose archaeological and paleontological finds in Kenya and Tanzania put East Africa on the map as an area where early humans had lived and evolved. In his early 20’s, Richard started to make remarkable discoveries of his own beginning with the Peninj mandible, an apparent match with the Zinjanthropus boisei skull found by his mother at Olduvai Gorge, followed by two early Homo sapiens skulls from the southern Omo in Ethiopia that we now recognize as the oldest, securely dated examples of anatomically modern humans. In 1967, after being forced to change course by a dust storm on his way between Nairobi and the Omo, Richard observed what he felt sure were sedimentary deposits on the east side of Lake Turkana (then known as Lake Rudolph) that had previously been mapped as volcanic lava. Borrowing a two seater helicopter from the American team at the Omo in 1968, Richard was able to land close to Ileret and immediately started to find fossils and stone tools. In 1969 the Koobi Fora Research Project began its work, which continues today, under the joint direction of Richard, for Paleontology, and Glynn Isaac, for Archaeology. The next ten years produced a wealth of incredible fossils finds, including complete skulls known by their accession numbers KNM ER 406, 732, 1470, 1813, 3733 to name but a few. In the 1980s the team turned their attention to the west side of the lake, which proved equally rewarding with the uncovering of the most complete skeleton of a human ancestor known (Turkana Boy), the earliest known robust australopithecine (the Black Skull), the oldest anatomical evidence of bipedal locomotion from 4.3 myr old deposits at Kanapoi, to name but a few more.

In addition to this extraordinary set of accomplishments as a fossil finder, Richard became the first Kenyan director of the Kenya National Museum in 1969. Having built this into a world class research institution with a collection of important regional sites and museums, in 1989 he became the director of the Kenyan Wildlife Services. At the time, KWS was underfunded and unable to prevent the escalation of poaching of elephants and rhinos. Richard raised large amounts of money and built the ranger service into a formidable force that was able to make a massive dent in the success of poachers. To draw attention to the obscenity of the ivory trade, Richard convinced Kenya’s President Daniel arap Moi to burn all of Kenya’s ivory stock. Images of the fire were headline news all over the world and the price of ivory plummeted, dramatically reducing incentives for poachers and dealers.

In 1995, Richard turned his attention to politics, in particular to democratic and transparent government. As one of the founders of Safina, in what was then a single party state, Richard worked fearlessly and tirelessly to force the government to allow multi party elections and represented Safina as a member of parliament. In 1999, with pressure mounting from international organizations such as the IMF and World Bank, President Moi asked Richard to become his second in command as Head of the Civil Service, a position to which all Cabinet Secretaries, the Army, Air Force, Navy, Police and all government employees reported. Richard brought into government a group of young technocrats from the private sector who quickly become known as the Dream Team. Incorruptible and committed to improving the quality of life for average Kenyans, the Dream Team quickly made reforms in banking, telecommunications and transportation that set the stage for the vibrant economy and tech sector that we see in Kenya today. Feeling that he had accomplished as much as he could, Leakey resigned in 2001.

Stony Brook awarded Richard an honorary Doctor of Science degree in 1998. On hearing the news of Richard’s resignation from the Kenyan government, Stony Brook President Shirley Strum Kenny was determined to bring Richard to Stony Brook as a faculty member. He joined the faculty as a Visiting Professor in 2001 and organized two World Environmental Forums on issues concerning climate change and the environment and initiated an annual series of symposia and workshops, the SBU/TBI Human Evolution Workshop series that convened every year until COVID. In 2005, Richard proposed to Stony Brook the idea to partner to build and operate the Turkana Basin Institute, two field stations in the remote Turkana Basin to facilitate and support scientific research and education with special emphasis on the sciences relevant to human evolution, the environment and sustainability. Richard was a regular visitor to the Department spending four to six weeks at Stony Brook each fall and spring, during which visits he enjoyed meetings faculty and students to discuss their work and giving guest lectures. When the Origins field school began in 2011, Richard made a point to spend time at the field stations with the students and always presided over field school graduations until his declining health made travel to Turkana too difficult.

The Department of Anthropology and the whole University were enriched by Richard’s presence in our lives and work. He made numerous friends here and initiated many multi-disciplinary programs to broaden participation by Stony Brook colleagues in work in the Turkana Basin. He will be sorely missed….

Isaiah Odhiambo Nengo. 1961-2022.
(emended from a tribute by Patricia Princehouse) 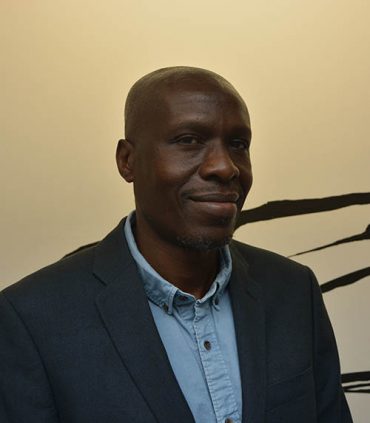 Isaiah Nengo was Associate Director of TBI and a Research Professor in the Department of Anthropology and IDPAS when he died suddenly on January 23 in Nairobi after a short illness.

Isaiah’s most visible single contribution to science was the discovery and innovative analysis of the last common ancestor of living apes and humans: the complete fossil skull of Nyanzapithecus alesi -which was published in the world’s top scientific journal, Nature, and numbered among Discover magazine’s top 50 scientific discoveries of 2017. In the 1990s, while most of the field had their eyes fixed on fairly recent forms like Australopithecus, Isaiah was excavating the earliest fossil skeleton of an ape, Ekembo nyanzae, demonstrating that this early Miocene form already had the signature ape characteristic: it had lost the tail, clearing the way for upright walking 10 million years later. His many finds from 10-20 Ma oriented the field of Miocene ape studies through cutting edge analysis of new fossils from East African sites such as Songhor, Buluk, and Napudet. In collaboration with the Grenoble Synchrotron, he used cutting edge imaging that blew prior approaches out of the water. He pursued sophisticated quantitative analyses that allow scientists to see these animals in their adaptational, ecological, and even social world.

After joining the Stony Brook faculty and reaching out to colleagues in Ecology and Evolution and Geosciences, Isaiah took a bold step to make paleoanthropology a locus for big science. Isaiah amassed a dream team of workers across diverse fields to create the multi-million dollar Turkana Miocene Project (TMP, funded by the National Science Foundation’s Frontier Research in Earth Sciences program) to produce an unprecedented understanding of tectonic, environmental, biological, and climate change across the crucial time interval from 30-5 Ma. The TMP hinged on a whale fossil. Isaiah acknowledged the contradictions the fossil posed and wouldn’t let it go. That whale overrode the geophysicists and rewrote the coastline of the Miocene Indian Ocean. His collaborators are continuing his work and no doubt equally stunning results are yet to emerge from the TMP group.

Born into poverty in a Nairobi slum, Isaiah’s mind was opened to science by a high school trip to the natural history museum. Not only was he enthralled by the exhibits, but he was also riveted by the words of Richard Leakey, who revealed the vast world of our ancestors that can be accessed only by science. Young Isaiah had never spoken to a white man before, but Leakey was so compelling as to overcome any concerns. Nengo set his life’s course right then and there, but he did not speak with Leakey again for five years. He knew he needed a college degree in science, so he majored in zoology at the University of Nairobi. On graduating he returned to the museum to knock on Richard’s door to ask for a job. Leakey promptly turned him down. But Nengo persisted and eventually became Leakey’s protégé. A PhD at Harvard followed, working with David Pilbeam and Stephen Jay Gould. Following a post-doc at Berkeley, then a decade of teaching in the US, Isaiah was called back to Kenya by Leakey to become Director of Science and Research, and Associate Director of the Turkana Basin Institute at Stony Brook.

Isaiah was an outstanding teacher and mentor to students and fellow scientists, including his work starting Africa’s first masters program in human evolutionary biology, at Turkana University College in Lodwar, Kenya, where he was hard at work giving the world a new generation of African scientists with stellar training. He was dedicated to issues of equity and inclusion and participated actively with colleagues at Stony Brook to provide a more diverse group of students with access to excellent programs and to support their success.

Isaiah’s career had taken off when he joined the Stony Brook faculty and the future looked bright when his life was tragically cut short by disease. He will be sorely missed as a colleague, friend, mentor, and teacher.