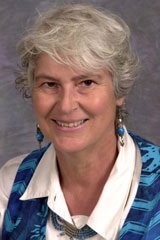 Elizabeth Stone's research has been directed towards the ways in which urban structures reflect the underlying social, political and economic organization of their civilizations. This interest has been pursued on both the theoretical level and through field research. To develop a theoretical understanding of the relationship between urban form and society, she has been examining the organization of a number of well documented urban societies. These data suggest that city states differ radically from territorial states in both interpersonal relations and the nature and organization of their cities.

To test the applicability of this approach Stone has directed archaeological fieldwork using a mixture of remote sensing, GIS, survey and excavation that focused on a typical city state society, ancient Mesopotamian as represented by the city of Mashkan-shapir. More recently, she has employed similar techniques to investigate the archetypal territorial state of Urartu, working at the site of Ayanis, located in Eastern Turkey. In addition to this fieldwork, she is now using high resolution satellite imagery to assess both the damage to Iraq's cultural heritage as a result of war, sanctions and occupation, and to develop a new understanding of ancient Mesopotamian settlement patterns.