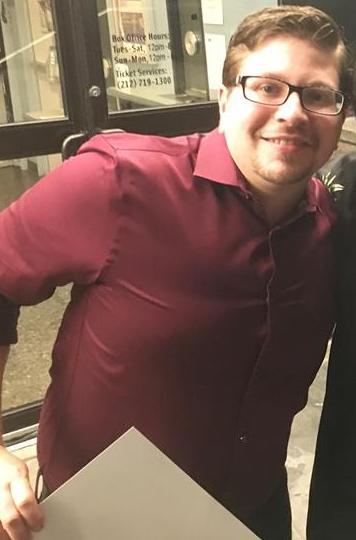 Brian Hartwig is a doctoral candidate and the recipient of the President’s Award for Excellence in Teaching by a Graduate Student (2019). His current research project examines the ways in which prose writers during the late-nineteenth and early-twentieth centuries turned to theatrical techniques in order to advance social and political change. At Stony Brook, he has received the Graduate Certificate in Cultural Studies (2016). Before coming to Stony Brook, he earned an M.A. in American Studies from Columbia University (2014) and an M.A. in English from Long Island University--Post (2012). Brian has presented his work at local, regional, and national conferences and was a finalist in Stony Brook University’s “Three-Minute Thesis” (3MT) competition. In June 2019, he joined a team of faculty and administrators working to expand Experiential Learning opportunities on campus, funded by a SUNY grant. In addition to his academic work on theater, Brian is a practicing actor and director and currently serves as Artistic Director for a Long Island theater company.