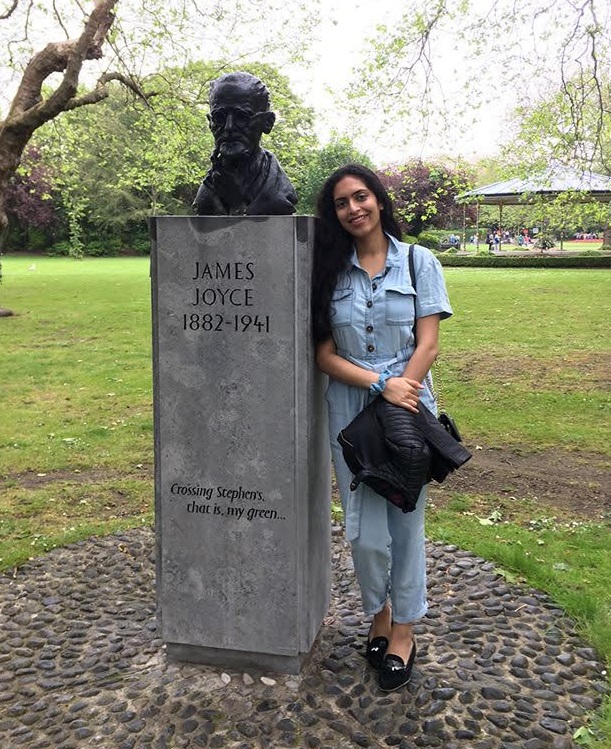 Uma Kanth's time at Stony Brook was characterized by a commitment to interdisciplinary learning -- identifying and exploring connections between literature and the sciences. As she continues to pursue her educational and career goals, Uma is sure to carry with her the influence of her undergraduate studies at Stony Brook.

Why Stony Brook?
I’m originally from Jericho, NY in Nassau County, about an hour west of Stony Brook. I heard about the University based on its great reputation for research, and I initially chose to study at Stony Brook because of its strong reputation in the sciences.

On Her Major and Minor:
My major is English and my minor is Biology. I was originally a Biology major but shifted more toward English after studying abroad at Oxford in English Literature. I’m interested in pursuing medicine as well as writing fiction, and so combining English and Biology is a good balance for me.

On Her Favorite Class:
One of my favorite classes was EGL 491: British Literature Before 1800, the topic of which was “Drama, Performance, and the Brain: How the Literature of the Medieval, Renaissance, and early Romantic Period Reveals Changing Ideas of Mind and Body,” taught by Professor Amy Cook, as it combined two of my favorite subjects: literature and cognitive science.

On Her Greatest Achievement:
One of my greatest achievements at Stony Brook is completing my senior research thesis on the treatment of depressive disorders through application of conceptual metaphor theory. Taking on a 30+ page academic research paper initially seemed incredibly intimidating, and so I’m proud of myself for persevering.

On Her Career Aspirations:
I’d like to pursue work in academic medicine, as well as write novels. I’m very interested in the intersection of the sciences with the humanities, and so I’d love to pursue that as an area of interest.

On Her Activities:
I’m co-president of Alpha Nu Zeta, Stony Brook’s Chapter of the International English Honor Society Sigma Tau Delta. I’m also an e-board member of the National Society of Leadership and Success, a tutor at Stony Brook’s Writing Center, and an Honors College member.

Uma’s Advice to Future Seawolves:
Find what interests you and invest yourself wholeheartedly to it.