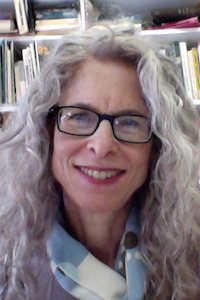 Michele H. Bogart is Professor Emeritus of Art History and visual culture at Stony Brook. Her areas of expertise include urban design and commercial culture, and she has published on public art, memorials, animation, landscape and garden history, photography, illustration and advertising. Bogart is author of " Public Sculpture and the Civic Ideal in New York City, 1890-1930" (1989/1997), recipient of the 1991 Charles C. Eldredge Prize; " Artists, Advertising, and the Borders of Art" (1995); " The Politics of Urban Beauty: New York and Its Art Commission" (2006), and " Sculpture in Gotham: Art and Urban Renewal in New York"  (2018). She was Leon Levy Senior Fellow at the Frick Center for the History of Collecting in America in Spring 2020, examining art collectors who sponsored New York City’s post-Civil War monuments. Bogart has held fellowships from the Smithsonian Institution, National Endowment for the Humanities, the American Council of Learned Societies, Norman Rockwell Center for Visual Studies and the John Simon Guggenheim Memorial Foundation, and was Terra Foundation Visiting Professor of American Art at the JFK Institut, Freie Universität von Berlin. From 1999 through 2003 she was Vice President of the Art Commission of the City of New York (since renamed the Public Design Commission), the City’s design review agency. She presently serves on the PDC’s Conservation Advisory Group; as a member of the board of advisors for the City Club of New York and of the New York Preservation Archive Project; and as scholar advisor for “Imprinted: Race and Illustration,” an exhibition opening at the Norman Rockwell Museum in summer 2022.