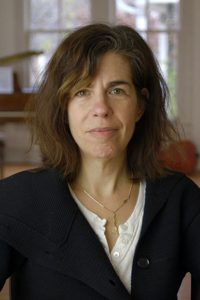 Katy Siegel is the inaugural Eugene V. and Clare E. Thaw Endowed Chair in Modern American Art.  Previously she was Professor of Art History and Chief Curator of the galleries at Hunter College, CUNY; she has also taught at Princeton and Yale universities. Siegel’s primary interests include the relation between postwar and contemporary art, and scholarship that accounts for both material and social being/making. Her most recent book is an edited volume, “ The heroine Paint”: After Frankenthaler ( 2015); she is the author of Since ’45: America and the Making of Contemporary Art (reviewed in the Oxford Art Journal ) , which details the collision of American social history and European modernism (2011), as well as the editor and sole essayist of Abstract Expressionism (2011).  Her other books include Since ’45: America and the Making of Contemporary Art (Reaktion, 2011). She has written criticism and historical essays on contemporary and modern art for numerous institutions internationally, on artists including Wols, Georg Baselitz, Mark Bradford, Mary Weatherford, Al Loving, Sharon Lockhart, Alex Katz, and Frank Stella. Siegel is a Contributing Editor at Artforum and a Consulting Editor at The Brooklyn Rail; from 2010-2013 she was the Editor in Chief of Art Journal.

Siegel is also Curator-At-Large at the Rose Art Museum at Brandeis University, where her exhibitions have included Pretty Raw: After and Around Helen Frankenthaler (reviewed in The New York Times and the Boston Globe ), Light Years: Jack Whitten, 1971-1974 (reviewed in Artforum), and The Matter that Surrounds Us: Wols and Charline von Heyl. Other curated exhibitions include High Times Hard Times: New York Painting, 1967-75, which toured internationally, was widely reviewed , and received an award from AICA.  She is the co-curator with Okwui Enwezor and Ulrich Wilmes of Postwar: Art Between the Atlantic and the Pacific, 1945-1965, opening at the Haus der Kunst, Munich, 2016.