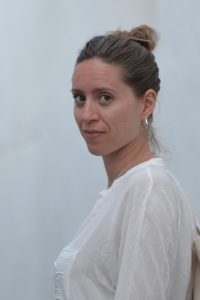 Karen Lloyd specializes in Italian Renaissance and Baroque art. Focusing primarily on papal Rome, her work traces the socio-political dynamics of art patronage, production, and reception. She engages with, among other things, the history of collecting and display, Bernini and Baroque sculpture, and the polemics of the early modern devotional image. Her current focus is a book manuscript on the visual apologetics of papal nepotism.

She is the co-editor of, and contributor to,   A Transitory Star. The Late Bernini and his Reception  (De Gruyter, 2015). Her scholarship has appeared in   The Burlington Magazine, Getty Research Journal, Sixteenth Century Journal, and Journal of the History of Collections , as well as the edited volumes   Making and Moving Sculpture in Early Modern Italy  (Ashgate Press, 2015) and   The New World in Early Modern Italy, 1492-1750  (Cambridge University Press, 2017).

Karen is the recipient of grants and fellowships from Queen’s University, the Institut National de l’Histoire d’Art/French Academy in Rome – Villa Medici, and the Kress Foundation/Bibliotheca Hertziana in Rome, among others.