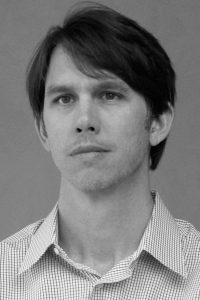 David Mather received his PhD in 2011 from the Art History, Theory, and Criticism Program at University of California, San Diego, for his dissertation on the visual structure of movement in early Italian futurism. His work situates the creative mediums of painting, cinema, sculpture, and photography among the diverse social and intellectual currents of that period, such as their relations to the discourses of automatism. In 2013–14, he was the inaugural Andrew Mellon Postdoctoral Fellow in the Department of Architecture at the Massachusetts Institute of Technology, in conjunction with the Center for Art, Science and Technology (CAST). Previously he completed a fellowship at the Getty Research Institute in Los Angeles (2013–13), where he investigated color theories and practices in the early 20th century.

His published writings have appeared, among other places, in  Getty Research Journal,   LEONARDO, the   Sarai Reader,  Left History journal, and  SITES Architecture, as well as in edited volumes and exhibition catalogs. While residing in Los Angeles, he curated contemporary exhibits involving electronic media and sound art, along with more traditional artistic mediums, and he worked with several nonprofit arts organizations: Southern California Consortium of Art Schools (SoCCAS), the Fellows of Contemporary Art, West of Rome, and the Society for the Activation of Social Space through Art and Sound (SASSAS).