Autonomous agents are computational systems that can act independently and cooperate with other agents.  In many real network applications, teams of autonomous agents with limited communication and observation capabilities must process massive amounts of heterogeneous, streaming data while simultaneously seeking (near-)optimal decision-making sequences in line with the team’s overall goals. To fulfill this need, Prof. Ji Liu and his students are working on a research project that aims to develop a theoretical framework, computational models, and scientific software tools needed to design, analyze, and test robust, resilient, communication-efficient, distributed reinforcement learning (RL) algorithms that will enable teams of agents to reliably and efficiently achieve their goals.

The research being led by Prof. Liu will greatly impact real-world application areas where distributed machine learning algorithms and decision-making methods are needed. Typical examples include motion planning of teams of mobile robots, and coordination of networked smart devices in an IoT environment. 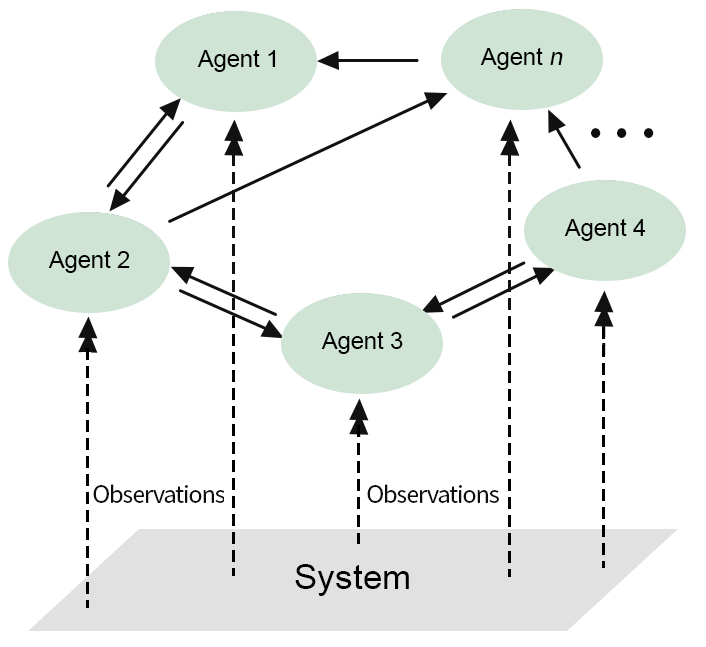 The key technical challenges in this project include bridging the gap between the global and local observability settings and achieving resiliency in the presence of dynamic and untrustworthy communications. To achieve the technical objective and tackle technical challenges, the project investigates three main thrusts. The first thrust establishes the fundamental novel theory for the design of fully distributed RL by approximating global information via distributed estimation. The second thrust develops robust distributed RL algorithms against time-varying communication and sensing capabilities, communication delays, and asynchronous updating. The third thrust designs distributed RL algorithms that are resilient to adversaries and malicious attacks capable of introducing untrustworthy information into the communication network, by first designing communication-efficient RL algorithms in which each agent can transmit only low-dimensional states, and then designing resilient information fusion/aggregation approaches for small- and even single-dimensional cases.

Prof. Liu’s group is currently focusing on the question of how to reliably perform computations in a distributed manner to a large class of consensus-based problems.

When asked what has surprised him most about this problem, Prof. Liu says there is a big gap between theories and practice. Some RL algorithms work in theory but do not function well in experiments.

This project promotes education and outreach activities, including broadening participation of female students in the field of machine learning, creating new courses, and designing research projects for K-12 students and undergraduates.

Three PhD students have been involved in the project, respectively focusing on RL algorithm design and analysis, resilient distributed algorithms, and asynchronous distributed algorithms. One student, Wesley Suttle, graduated in May 2022 and currently is a Distinguished Postdoctoral Fellow at the Army Research Laboratory.

The project is a good one for students because it involves a good combination of theoretical analysis and programming skills for RL which is a hot topic in both academia and industry. The project is funded by the National Science Foundation (NSF), Directorate for Computer and Information Science and Engineering (CISE).