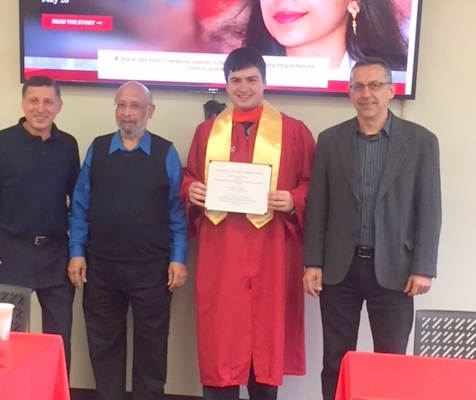 The venue for the undergraduate student awards was elevated to the ECE Department graduation open house on May 18, 2018, and the event had a large attendance, including the parents and relatives of the awardees. The Department hosted the event, and provided light lunch and refreshments to the attendees. The awards were given to the students for excellence in high GPA achievement. Each award consisted of a certificate together with a check for $500. 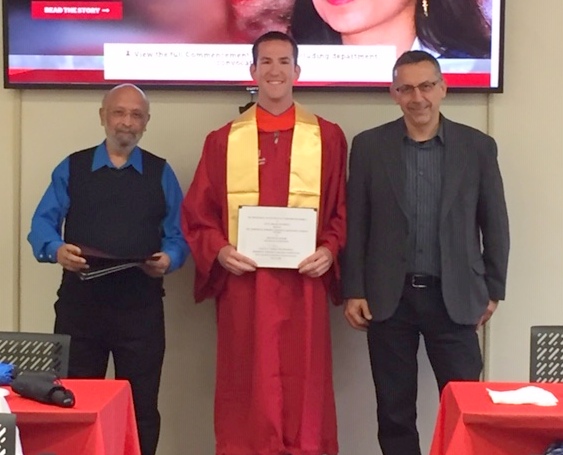 The awards were given out by Prof. Jayant P. Parekh, who is also the Vice President of the AMRF. Two universities, Columbia University and Stony Brook University, are represented on the Board of Directors of the AMRF, and are recipients of funding from the Foundation which makes possible the awards given out every year. 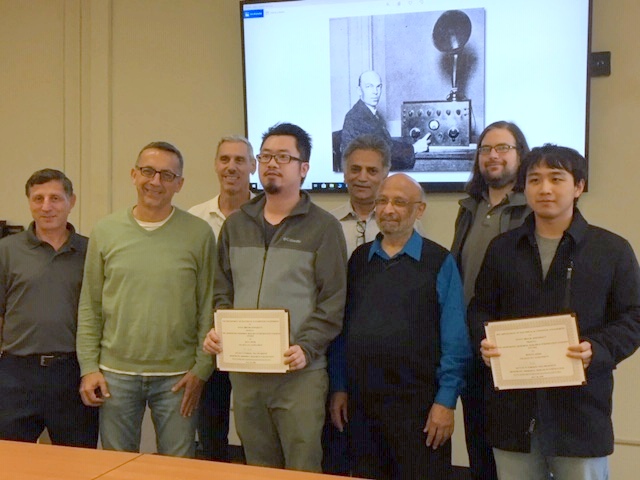 The Armstrong Memorial Research Foundation (AMRF) is based at Columbia University, and is named after the pre-eminent radio engineer Edwin Howard Armstrong (1890 – 1954) who, through his extraordinary and revolutionary inventions in the field of radio engineering, indisputably ranks among the greatest scientists and tinkerers of all time. Armstrong’s research and inventions took place largely at Columbia University where he originally went in as an undergraduate student, and later ended up becoming a Professor, in the Electrical Engineering Department.

The mission of the AMRF is to celebrate and memorialize the genius and achievements of Armstrong who, through his inventions in the field of radio engineering, ranks among the greatest scientists of all time. Armstrong’s grandest invention was the FM radio, which revolutionized the use of radio dominated until then by the AM radio.  The FM radio, through its vastly superior immunity to noise, propelled the world of high-fidelity broadcasting to lofty heights. 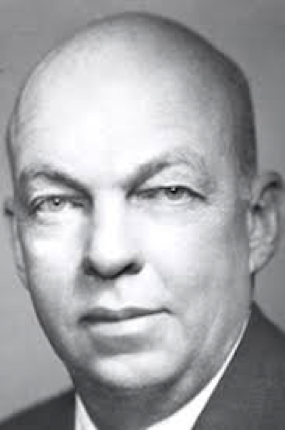 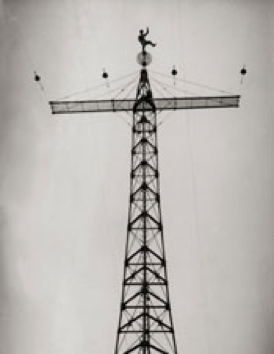 It is noteworthy that Armstrong’s first major invention, namely, the regenerative circuit (commonly called in today’s world as a positive feedback amplifier), happened while he was still just an undergraduate student at Columbia University. This invention was a major development in the world of radio because it made long-distance AM transmission possible. His patents just on this invention made him a rich man, with more riches to follow with more and even more impactful inventions in the following years.

One of Armstrong’s extraordinary traits was that he was fearless in undertaking to study topics shunned by others because they were too complex or thought to be unsolvable! His fearlessness extended to other spheres, including his remarkable act of climbing to the top of a 115-foot radio tower installed on the roof of a 21-story building in midtown Manhattan! A photograph showing him atop this radio tower is given to the right.

In 1983, the US Postal Service honored four eminent inventors known for impactful inventions, including Armstrong, by issuing the stamps shown below. 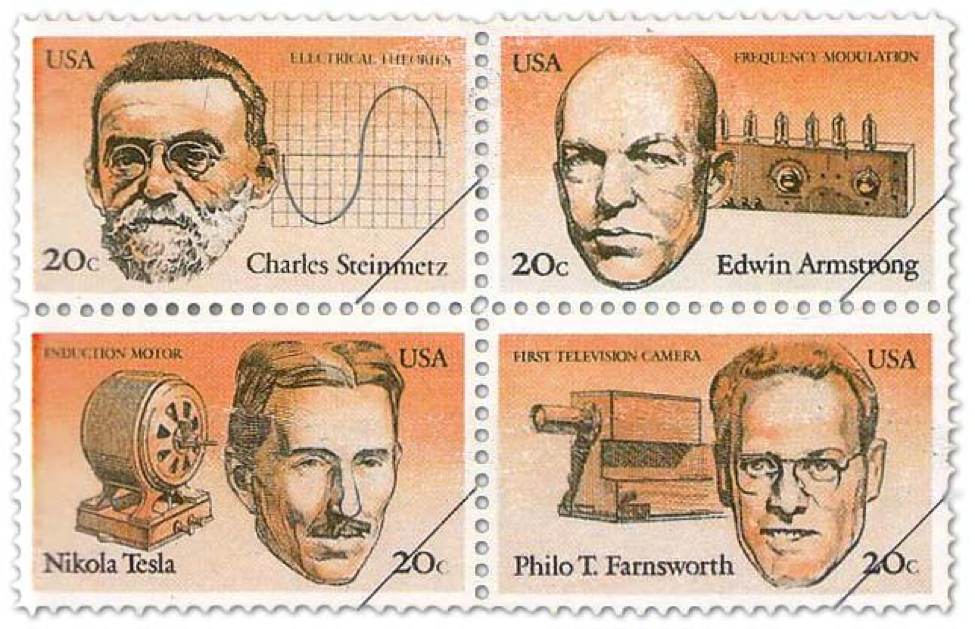 For more information on Armstrong’s remarkable life and achievements, the reader is directed to the cited references.