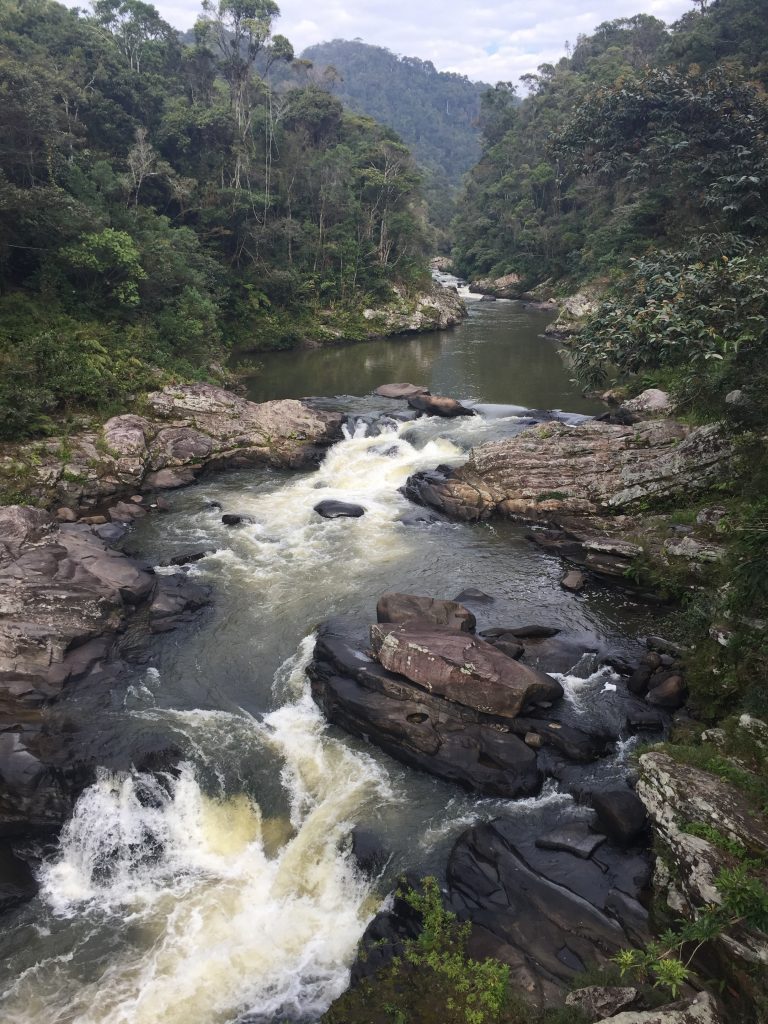 A place of stunning beauty and immense natural diversity, Ranomafana National Park is located in the Fianarantsoa Province of southeastern Madagascar. It is about a two-hour drive from the city of Fianarantsoa and about a 10-hour drive from Antananarivo, the capital of Madagascar. It became the fourth national park in Madagascar when it was inaugurated on May 31, 1991.   Rano  is Malagasy for "water";   mafana  is Malagasy for "hot." About 100 years ago a Malgache discovered hot springs down in the valley, and the French created a spa around them. This has become the town of Ranomafana.

In 1986   Hapalemur aureus was discovered in the forest about six kilometers from the town (and at about the same time   Hapalemur simus were rediscovered). Dr. Patricia Wright worked with the government of Madagascar to create a National Park to protect the two species. The park is on the edge of Madagascar’s High Plateau; it is extremely mountainous, with elevations ranging from 500 meters to 1,500 meters. The steepness of the slopes had preserved the park from exploitation before 1986. The range of altitudes allows for many different forest types, from lowland rainforest to cloud forest and high plateau forest. The park is divided into a core protected zone of 41,500 hectares surrounded by a peripheral zone in which some exploitation of the forest is permitted. The peripheral zone contains more than 100 villages with over 25,000 residents total, most of who are subsistence farmers. 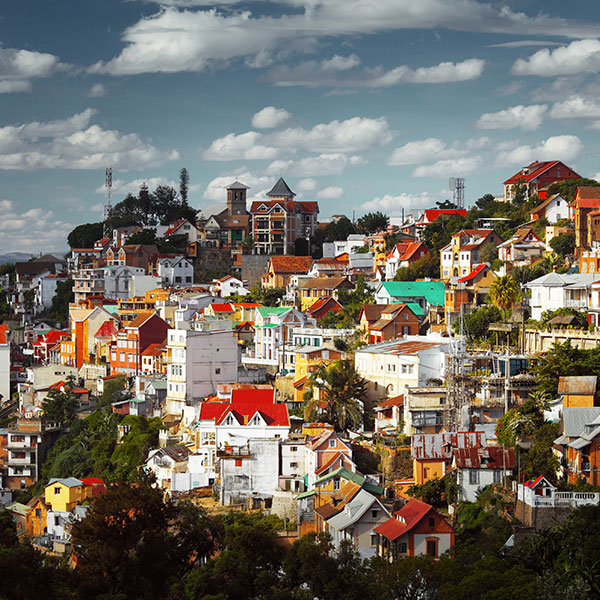 Approximately 300 miles east of southern Africa, across the Mozambique Channel, lies the island of Madagascar, best known for its lemurs (primitive relatives of monkeys, apes, and humans), colorful chameleons, stunning orchids, and towering baobab trees—not to mention its warm and friendly people. Conservationists believe that forest destruction there may have a greater negative impact on global biodiversity than anywhere else on Earth because almost all of Madagascar’s reptile and amphibian species, half of its birds, and all of its lemurs can be found nowhere else on the planet.

In addition to housing some of the most unique ecosystems in the world, Madagascar is home to nearly 21 million people. Currently, 76.5 percent of the population lives at or below the poverty line benchmark of $230 per year. In rural areas, this rate is over 80 percent. The rapidly growing population is facing drastic cuts in government support for health care and education, a heavy burden of often unrecognized and untreated infectious diseases, devastation due to tropical cyclones, a major food shortage, and critical threats to the environment through agricultural practices, logging, and hunting.