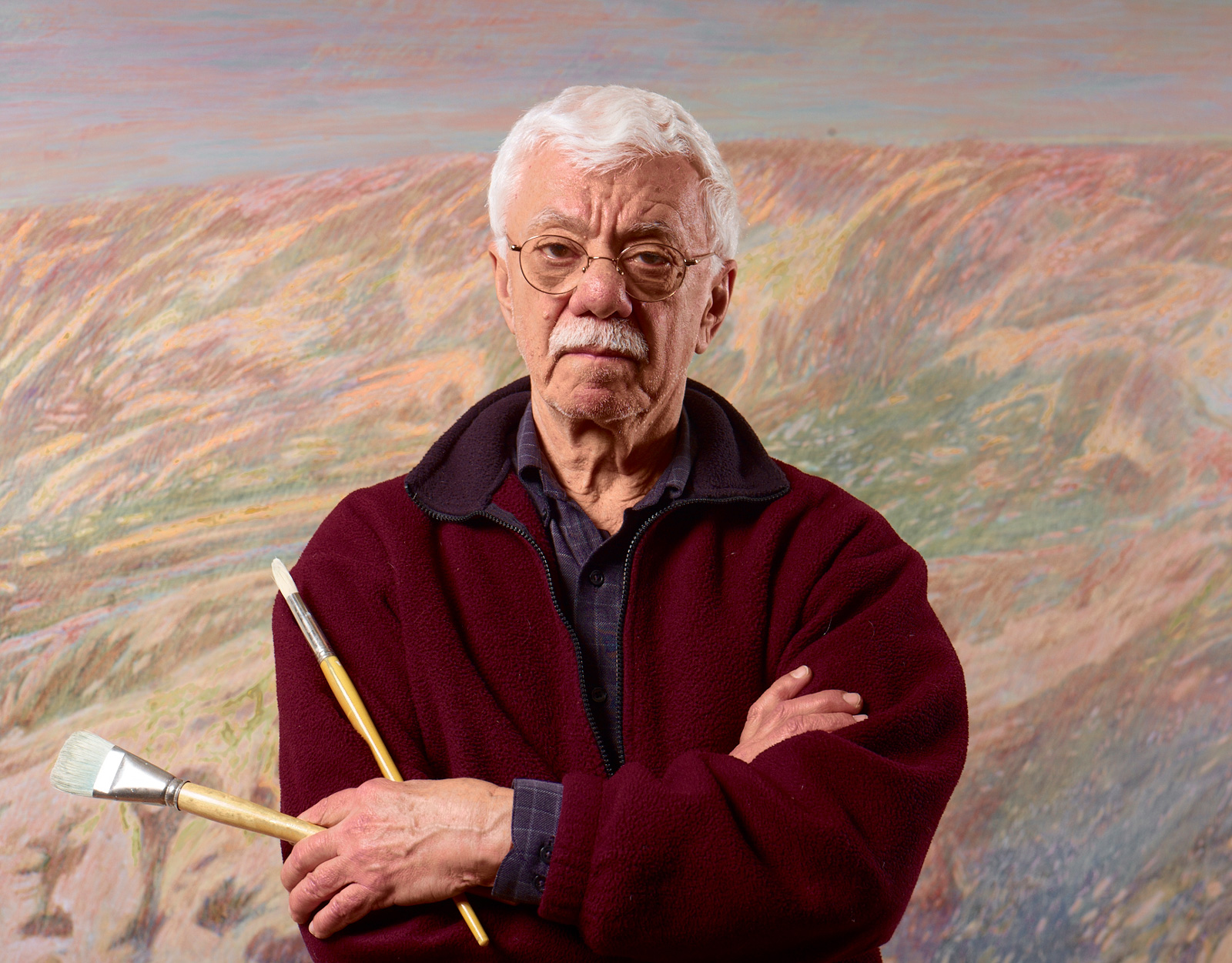 Mel Pekarsky studied painting, art history and theory at the School of the Art Institute of Chicago and Northwestern University, earning both his undergraduate and graduate degrees at Northwestern. He taught at Northwestern, Kendall College, the School of Visual Arts, and New York University before coming to Stony Brook, where he has served the Department of Art as Chair, Studio Programs Director, and MFA Director. He was a founding member of City Walls, Inc., an artist-run public art corporation that evolved into New York's Public Art Fund. He has long been engaged with environmental issues, and designed the posters for the first Earth Day. His work has been shown in the United States and abroad, and his paintings, drawings, prints and artist’s books, ranging from wall to pocket-size, are included in many public, private and corporate collections. For over five decades, Pekarsky’s work has focused on images of the desert as icons of the earth's fragility, and on the tense and provocative relationship between abstraction and representation .