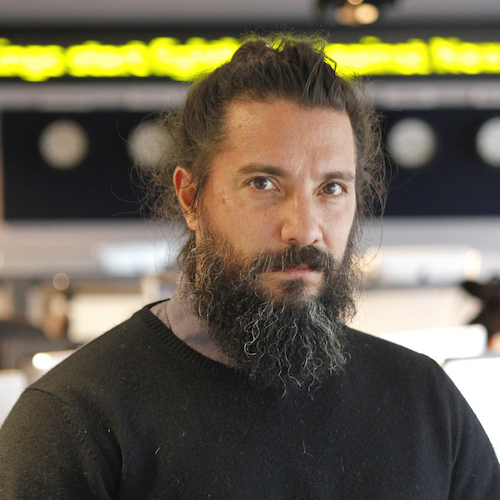 Pablo Calvi, the first non-native English speaker to receive a Pulitzer Traveling Fellowship in the history of the Pulitzer Prizes, is an assistant professor at the School of Journalism, where he teaches courses in multimedia journalism and Latin American literary journalism. He is the associate director for Latin America for the Marie Colvin Center for International Reporting at the School.

Calvi is an active, multilingual journalist and author. In the United States, he has worked for the New York Daily News, Grey Magazine, Men's Journal, Latin Trade and Terra Magazine. His long-form journalism appears in The Believer. In Latin America, he has worked for the Argentine newspaper Clarin, Columbian-Mexican magazine Gatopardo and Brazilian multimedia Terra.

He was the recipient of the 2010 Greenberg Research Prize for Literary Journalism Studies and the winner of the 2010 CELSA-Sorbonne Writing Fellowship.

He has authored a book and a number of book chapters and academic papers on Latin American literary journalism. His main interests are Latin American narrative journalism, the genre known as crónica, multimedia journalism, and the correlation between democratic societies and the free press.