This seminar series explores the link between narratives of the future and the construction of modernity, by focusing on how Science Fiction presents the creation of racial and geographical borders, portrays the technologization of society and the antagonisms it creates, and helps to rethink the past and shape the political hopes for the future. 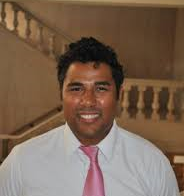 This talk explores the hope impulse expressed in the writings of enslaved black people as a core concept of Afrofuturism in antebellum America. This desire for a better future provides the essential psychic drive seeding resistance, rebellion, and subversive writing while disrupting the white intellectual geographies such as those represented in Thomas Jefferson’s Notes on the State of Virginia.

“After the Revolution: Everson’s Rhinoceros – Reading the Italian-Libyan Political Constellation through the Afrosurrealist Imaginary”

In this paper, Greene examine the afrosurrealist imaginary of Kevin Jerome Everson’s Rhinoceros, an imagined staging of the last speech of the first Duke of Florence, Alessandro de’ Medici, also known as the first black European head of state due to his mixed Italian and African ancestry.

“The Chernobyl Effect: Nuclear Histories of the Future”

The meltdown in the Chernobyl nuclear power plant in 1986 was not just a “general accident” as Paul Virilio described in Open Sky. It also generated new ways of imagining, conceptualizing, and relating to atomic energy in the impending 21st century. In this talk, Banerjee examines a world consumed with fossil fuels yet still enamored by “atoms for peace” as a source of emissions-free energy, and debates how the Chernobyl effect in literature and media can offer alternative historiographies and new futurologies of energy.