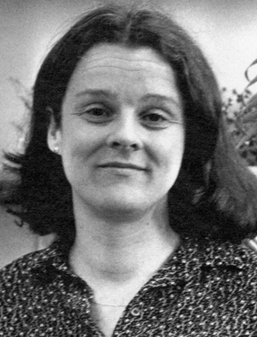 It is with great sadness that we report the sudden passing of Prof. Michelle Millar of the Chemistry Department on Sunday, February 13, 2011 from an apparent heart attack.

Prof. Millar loved teaching undergraduates, and many students will never forget her chemistry demonstrations: drinking liquid nitrogen, exploding hydrogen balloons, breathing helium. She took her “show” outside the classroom, making presentations at Parents Day and at her church's family day.

Prof. Millar loved creating chemistry T-shirts and frequently gave them to the students in her class. She was excited to teach CHE 132 with Prof. David Hanson this semester, and her husband had almost convinced her that she really could not buy T-shirts for the 1000+ students in the class. Prof. Millar’s generosity came through in many other ways. With members of the Career Center staff, she maintained the three large flower boxes at the bottom of the Zebra Path. She worked with Kevin Kelly to create the garden outside the University Café, and when her husband Prof. Stephen Koch was gravely ill in 1999, she took it upon herself to renovate the abandoned flower garden outside the hospital cafeteria.