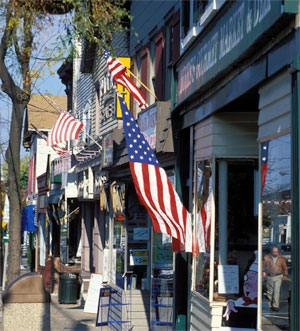 Located just 10 minutes east of Stony Brook, Port Jefferson is a vibrant harbor town with plenty to do.

Learn more on the web:
Portjeff.com - Official site of the Incorporated Village of Port Jefferson

Skating on the Harbor at The Rinx
portjeff.com/the-rinx-skating-on-the-harbor/
(631) 928-1236
Open mid-November though mid-March.

Harborfront Park
Located next to the Village Center, this expanding park project is right on the water and offers a picnic area.

Beaches
Port Jefferson Village offers residents 1 1/2 miles of shoreline on Long Island Sound. Beaches are open from mid-June to Labor Day, with lifeguards are on duty daily from 10 a.m. to 6 p.m.