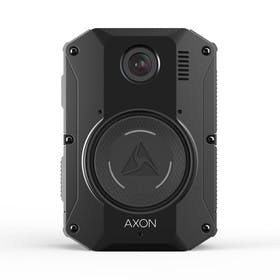 During the Fall of 2016 the department conducted a pilot program, utilizing three different camera models, for the purposes of testing the ease of use of equipment, officer safety, evidence collection, records retention, cost analysis, and the impact on privacy issues and community relations. As a result of feedback received during the pilot program the “Axon Body 2” camera was selected and it was decided to move the Body Worn Camera program forward on a permanent basis.

“The use of body worn cameras is consistent with recommendations put forth by the President Barack Obama's Task Force on Policing in the 21 st Century,” said Chief Lenahan. “It is also consistent with the University Police Department’s philosophy of being fully transparent in our interactions with the community we serve.”

What is a body worn camera?

Officer body-worn cameras (BWCs) are relatively small devices that record interactions between community members (e.g., the public, suspects, and victims) and law enforcement officers. The video and audio recordings from BWCs can be used by law enforcement to demonstrate transparency to their communities; to document statements, observations, behaviors, and other evidence; and to deter unprofessional, illegal, and inappropriate behaviors by both law enforcement and the public. It is typically worn on the front of the Officer's uniform shirt or their outermost garment such as a jacket.

Studies have shown body cameras to be effective both at reducing use of force by officers and at reducing complaints about police misconduct.  For example, in 2012 after body cameras were introduced in Rialto, CA, on about 70 officers,  use of force was reduced by 60% and complaints against officers were reduced 88%. There have been many more studies since the Rialto study in both smaller and greater department sizes. In 2014, the Mesa Police Department revealed a 48% reduction in citizen complaints and a 75% decline in use of force complaints after equipping 50 officers with body cameras. In 2015, the San Diego Police Department also released a report on 600 officers, showing drastic reductions in use of force and complaints. Use of "personal body" force fell by 47%, total allegations fell by 60% and even pepper spray use fell by 31%. Every study, thus far, shows that body cameras absolutely work and are useful for both the officer and the citizen.

How will I know if I’m being recorded by a body worn camera?

The BWC will show a blinking light on the top of the device when it is recording. If an individual wishes to know whether or not the officer is recording them, they should ask the officer. Officers are expected and instructed to answer the question truthfully when asked.

How long will a recording be stored?

Files recorded for routine service related functions will be automatically deleted after a period of 120 days, however, recordings that have evidentiary value will be stored consistent with current retention laws.

Will the cameras record audio as well as video?