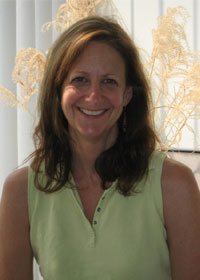 Mary Kritzer received a B.S. degree in Neuroscience in 1983 from the University of Rochester. She attended Yale University from 1983 to 1989, obtaining an M.Phil. in 1986 and a Ph.D. in Neuroanatomy in 1989. From 1989 to 1991 she was an NIH Postdoctoral Fellow at the University of Oxford, U.K. and from 1991 to 1993 she was a postdoctoral fellow in the Section of Neurobiology at Yale University. In 1993 she joined the faculty of the State University of New York at Stony Brook as Assistant Professor of Neurobiology & Behavior and was promoted to the rank of Associate Professor with tenure in 2000, and promoted to Full Professor in 2009. Since 2003 she also holds the position of Research Scientist in The Matt and Debra Cody Center Autism and Developmental Disabilities, State University of New York at Stony Brook, and is an affiliate faculty in the Department of Psychology since 2004. In 2007 she received the Aesculapius Award from Stony Brook University’s School of Medicine. She is a member of the Research Board of Directors of The Matt and Debra Cody Center for Autism and Developmental Disorders.

The cerebral cortex is one of the crowning achievements of brain evolution, reaching highest levels of anatomical and functional complexity in humans and non-human primates. Over 80% of the cortex in these species corresponds to the association areas, which are cortical centers of cognitive information processing that subserve functions including language, planning, problem solving and working memory.

Failures of cordical behaviors result in devastating neuropsychiatric disorders including schizophrenia and autism. The work in the Kritzer laboratory explores the neurobiology that underlies the complex functions of the association cortices and the neurobiological bases for their dysfunction in disease. Our specific research direction takes its lead from the sex differences and gonadal hormone malleability that have been shown for the development, adult capacity and the incidence and character of numerous diseases that affect association cortical function. Our work addresses fundamental questions about gonadal hormone stimulation of cortical/cognitive information processing on levels that range from molecules to behavior. As we continue to identify the biological roles that circulating hormones play in modulating cognitive, affective and mnemonic brain function, we use this new information to update and pursue hypotheses about the neurobiology that mediates the highest forms of cortical information processing and the dysfunction of these processes in mental illness.